Blake Lively looked stunning in Glamour magazine’s September issue as she showed off a variety of outfits.

“Thank you @glamourmag for talking @alliseeisyou_movie , girlpower, luuurve and lumpy bras with me. Also, thank you to the amazing team who made this cover,” the 29-year-old actress captioned one of the shots she shared Tuesday on Instagram. In that shot, she wore a black choker with a black slip dress that had a plunging neckline. (RELATED: Blake Lively A ‘Role Model’ For Breastfeeding In A Bikini Top)

Reading through the comments her 16.6 million followers thought the mother of two looked incredible.

“This cover is beautifulllll,” one wrote.

Another added, “Love that you haven’t filled your face up with Botox a fillers. You’re beautiful.”

Several other pictures have been shared on the social media account by the magazine and other people who worked on the photo shoot. Here are a few of the most recent ones, including snaps of Lively wearing a jaw-dropping sheer red dress with red boots.

“I felt like women had a long way to go, but not as far as I realize now,” the actress explained in the upcoming issue about being “awakened” after the election of President Donald Trump.

“It made me more aware, more conscious, more sensitive,” she added. “Not just of sexism but of discrimination in all areas–class, gender, race.” 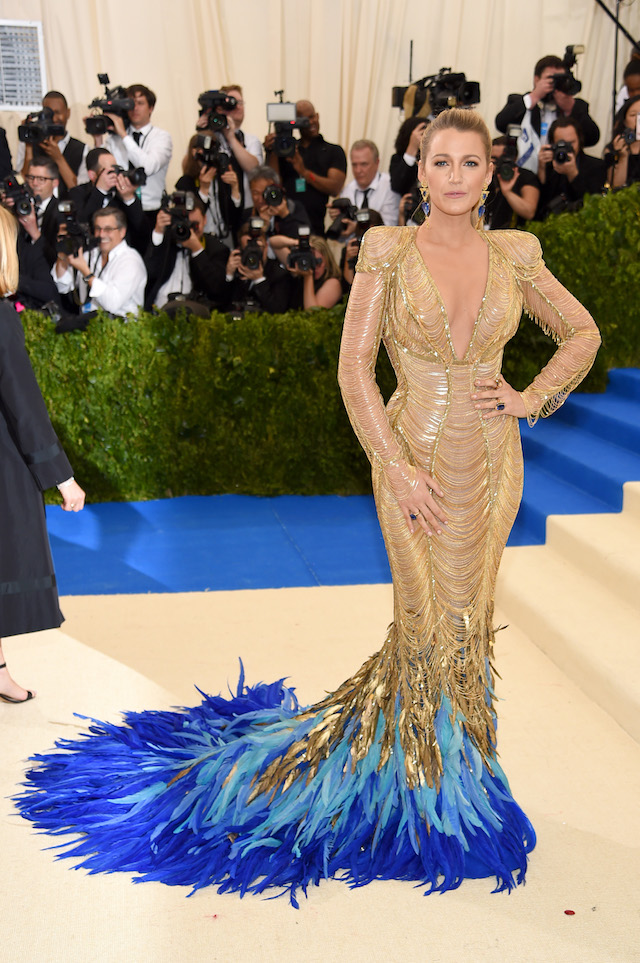