I’ve lived most of my life in the state of Indiana. Or possibly Iowa. Or maybe Idaho? One of those squarish ones in the middle, I think. Point is, I live (if you can call it “living”) far, far away from the center of the universe. I don’t know a durn thang about them city folk and their fancy ways. I’m backwards and provincial, unlike the swells in New York City. I’m unsophisticated AF.

But I’m willing to learn, if such a thing is even possible. What do the smart, important people eat? Take it away, Sadie Stein, writing in the pages of the Gray Lady:

Ode to the Buttered Roll, That New York Lifeline

Though of course bread and butter are eaten all over, the buttered roll (or roll with butter, as it is known in parts of New Jersey) is a distinctly local phenomenon. Mention its name outside the New York metropolitan area and you would very likely be met with blank incomprehension.

“Never heard of it growing up in Chicago,” said Michael Stern, a chronicler of regional fare and an author of the “Roadfood” book series, “and really not much beyond Fairfield County in Connecticut…”

It’s true. If you live anywhere outside NYC, just walk up to somebody at random right now and ask what a “buttered roll” is. Here’s the look you’ll get: 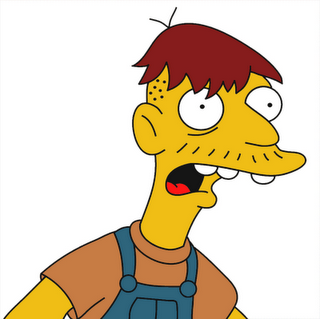 The origins of the buttered roll are cloaked in mystery, or perhaps mere lack of curiosity. I approached five historians of New York food, all of whom admitted they had never considered the roll’s place in the city’s foodscape.

I’ll bet the benighted backwater burg you call a “city” doesn’t even have a foodscape. New York’s foodscape is so vast, you can lose an entire food group in it!

The piece goes on and on like that. A thousand words or so about the distinct local phenomenon of… rolls. With butter on them.

Only in New York, amirite?

And now, the NYT can get back to figuring out how anybody voted for Trump.