I’m glad they’re doing a remake of Death Wish. Not because I think it’ll be better than the original, or that it needed to be made at all, but because the Charles Bronson version came out long before the 24/7 news cycle and the neverending torrent of hot-takes about every single thing that bothers anybody at any moment. Back in ’74, if you wanted to tut-tut about cinematic violence and fascism and so forth, you had to write a letter to the editor and wait days or weeks or forever. Now, you can just hit Send.

So, let’s see what we’re supposed to be upset about today: 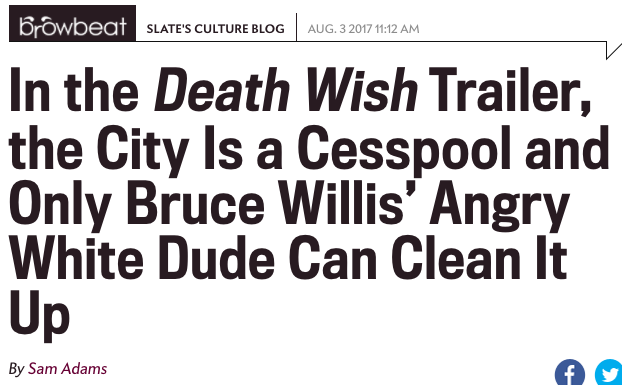 And here’s the guy who wrote it: 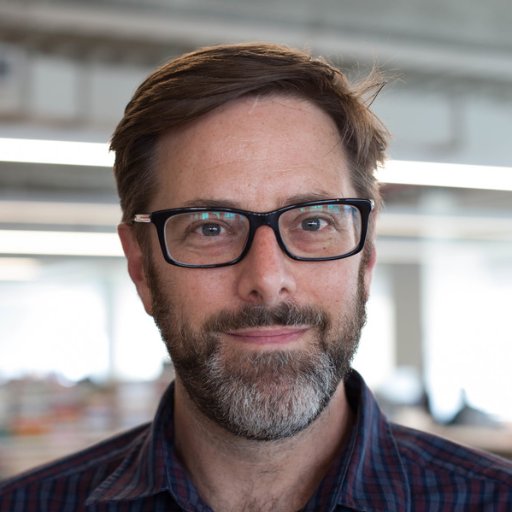 Fair or not, I can’t think of a more tone-deaf idea in this political/social environment than white filmmakers remaking #DEATHWISH…

I’m not sure which political/social environment we need to wait for, but that’s why I’m not a film critic.

So that’s two votes for “no more movies about white guys with guns.” What say you, Fast Company? 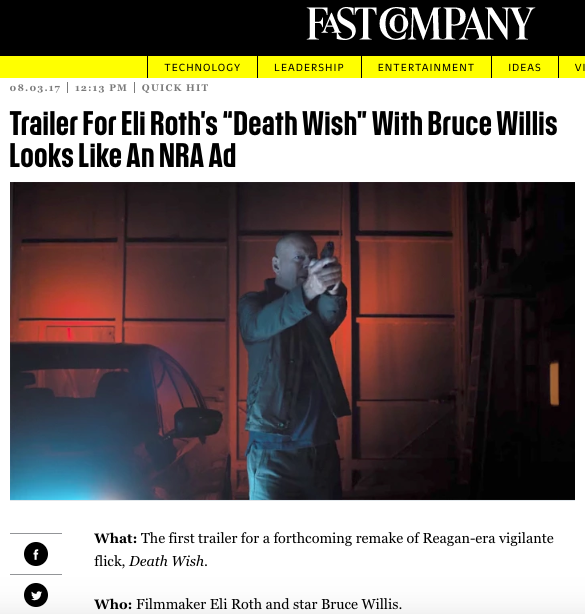 Right. It looks just like an NRA ad, as opposed to every other Bruce Willis movie where he shoots a bunch of guys. Those didn’t look like NRA ads, but this does. Oh, and what’s this?

Reagan was president in 1974? #MillennialsToGitmo

What do I think of the trailer? Thanks for asking. Bruce Willis seems wrong for the part, because he always plays Bruce Willis. Plus, he’s like 10 years older than Bronson was when he made the original. But it looks like Willis makes at least a half-assed effort at emoting, which will set this apart from most of his recent work. And moving the action from crime-ridden ’70s New York to crime-ridden 2017 Chicago shows that Eli Roth has been reading the papers. If you want to make a movie about a man who’s been pushed too far in a city overwhelmed by violent crime, there’s no better setting than Chi-Town.

“Back in Black,” though? Really?

Well, it’s Eli Roth, so I’m not getting my hopes up. But I’ll be there when it opens on November 22, if only to spite the people who want me to stay away from it. I’m going to see this movie for the same reason I’ve never seen Lady Ghostbusters: I’m a spiteful jerk.