Bloomberg writer Joshua Green’s new book “Devil’s Bargain: Steve Bannon, Donald Trump, and the Storming of the Presidency” is a recount of how Trump won the presidency due to his embrace of Bannon’s nationalism.

A source who spoke with the president recently told TheDC that Trump complained about the new book as well as the cover of a November copy of Forbes that claimed Jared Kushner was the campaign’s mastermind. “I hate it when people take credit for an election I won,” Trump said, according to the source. 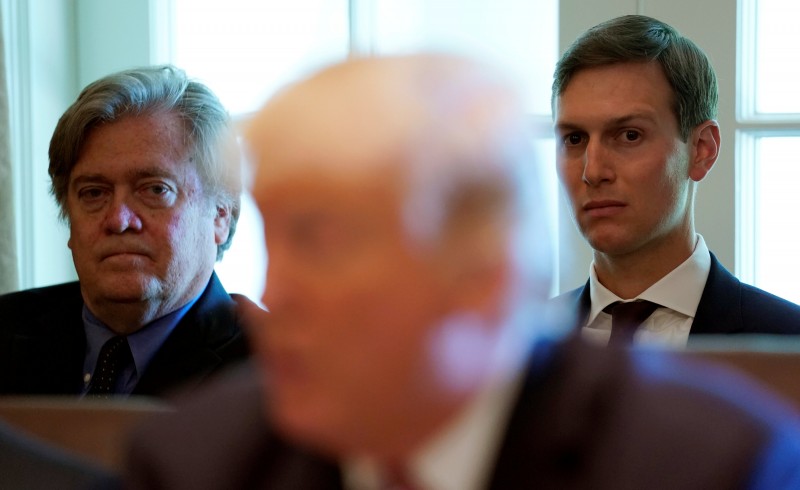 Trump advisers Steve Bannon (back L) and Jared Kushner (back R) listen as U.S. President Donald Trump meets with members of his Cabinet at the White House in Washington, U.S., June 12, 2017. REUTERS/Kevin Lamarque

President Trump has a history of getting angry with people taking credit for his success. He was reportedly peeved about a Time Magazine cover and broad media narrative in the spring that claimed Bannon was a sort of shadow president.