Colorado DJ David Mueller took the stand Tuesday in Denver to blast claims that he sexually assaulted Taylor Swift in her civil trial.

The 27-year-old pop singer remained quiet as the former radio host said he never assaulted her and insisted that only their hands and arms touched during a photo-op in June 2013, according to Fox News. (RELATED: Taylor Swift Gave Fans Quite A View In A Tube Top And Short Leather Skirt [PHOTOS]) 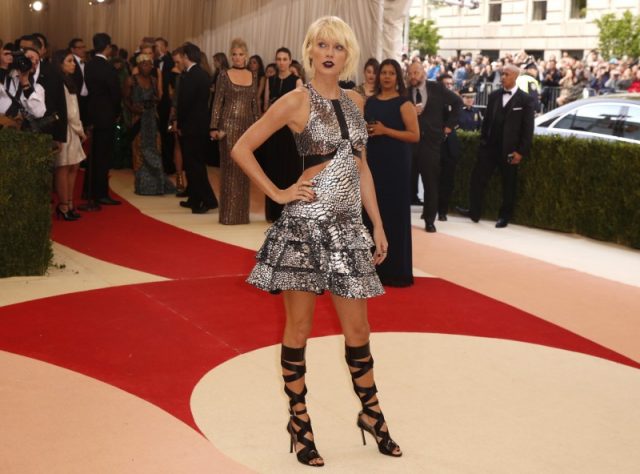 Singer-Songwriter Taylor Swift arrives at the Metropolitan Museum of Art Costume Institute Gala (Met Gala) to celebrate the opening of “Manus x Machina: Fashion in an Age of Technology” in the Manhattan borough of New York, May 2, 2016. REUTERS/Lucas Jackson

“Our hands touched and our arms touched,” Mueller explained. “Her hand touched mine as my hand went behind hers and hers went behind me.”

Adding, that he hopes “to clear my name and I am asking for lost earnings, whatever the jury sees fit.”

Mueller sued Swift for $3 million after he was publicly accused by the singer which he says lead to losing his job.

Swift counter sued for damages of a $1 and said she’s suing in hopes that the verdict serves “as an example to other women who may resist publicly reliving similar outrageous and humiliating acts,” according to her lawsuit.

During opening arguments, the radio host’s attorney argued that the assault never happened while Swift’s said it did.

“A woman is assaulted, a woman reports it, and she gets sued,” the singer’s attorney Doug Baldrich told the jury.

In depositions that came out last year, Swift said she felt “violated” by the alleged incident.

“Right as the moment came for us to pose for the photo, he took his hand and put it up my dress and grabbed onto my ass cheek and no matter how much I scooted over it was still there,” Swift explained. “It was completely intentional, I’ve never been so sure of anything in my life. I remember being frantic, distressed, feeling violated in a way I had never experienced before.”