Johnny Manziel would take a hard look at becoming a coach if his days as an NFL quarterback are truly over.

“I’d do something involved with sports. I can’t get away from it. I’ve had to ask myself that a little bit as of late over the past year, but at the same time I’d want to be involved in sports in some way, whether it’s coaching, whether it’s doing something like that. So I think that’d be my route,” the Texas A&M Heisman winner recently told Outkick the Coverage founder Clay Travis.

Manziel clarified he’d like to coach at the college level. 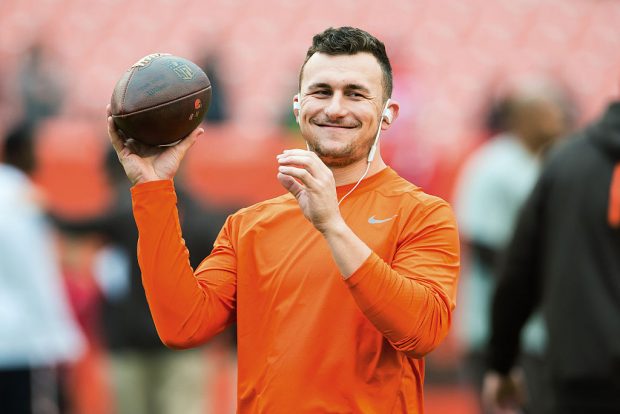 It might be weird to consider Manziel mentoring the youth of America, but in reality, not many athletes have the same life story to share. He was once at the top of the sports world in America, dominating his competition, a first-round NFL draft pick, and eventually it all came crashing down for a variety of reasons.

His choices can serve as a serious reminder that our actions have consequences. Of course, hopefully Manziel’s playing days aren’t over, and he finds himself back in the NFL before the start of the season. It does look like he is preparing for the possibility that that won’t happen.