The St. Louis Cardinals might have a new mascot after a furry animal made a surprise appearance at Busch Stadium Wednesday night and turned the tide for the home team. 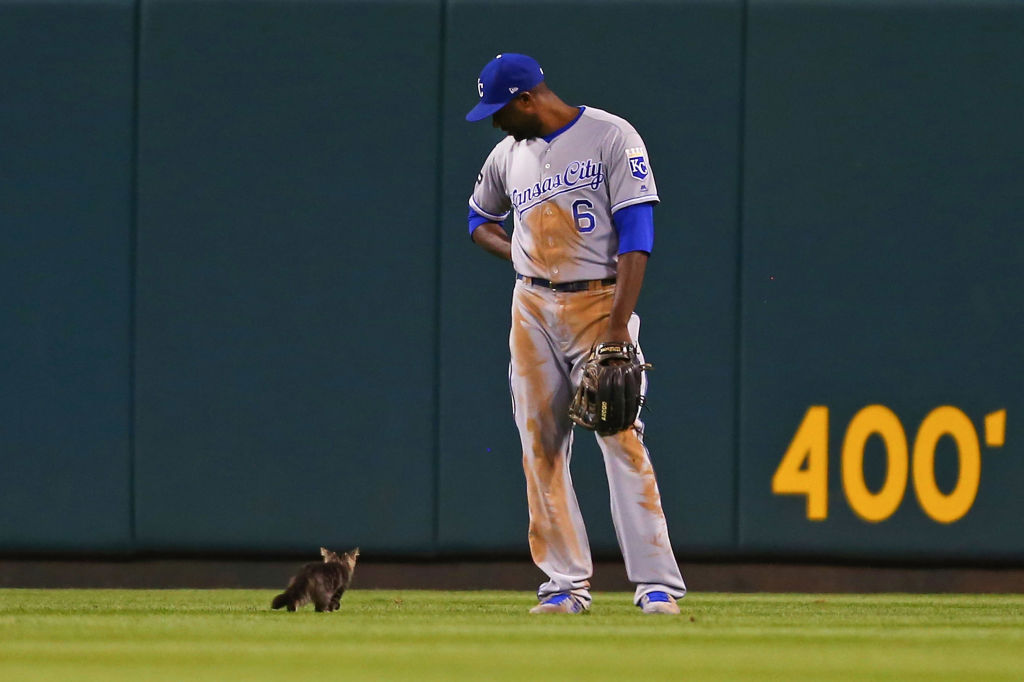 The St. Louis Cardinals were trailing the Kansas City Royals 5-4 in the bottom of the sixth inning when a stray cat ran out onto the field interrupting Yadier Molina’s at-bat with the bases loaded. After a brave member of the grounds crew carried the vicious kitten off the field, Molina stepped up to the plate and sent one out of the park for a grand slam and a three-run lead for the Cardinals.

The Cardinals went on to win and they’re giving all the praise to their little “rally cat.”

The St. Louis Twitter team is making the most of the furry little feline’s surprise appearance on the field last night.

We are feline pretty good! Remember the last time we had a rally animal? #RallyCat pic.twitter.com/mzOAhelqLw

The cat’s out of the bag! We’ve won 5 straight games and now sit only 1.5 games back in the NL Central. #RallyCat pic.twitter.com/uRoW1Ly2Xt

We are pawsitive that last night litter-ally happened!

The cardinals better get ready to move aside, because the rally cat is here to stay.

Fredbird just woke up from his nap. He didn’t seem thrilled when we told him about our newest mascot… #RallyCat pic.twitter.com/NQZMv13HaT