President Donald Trump is having a good week, according to a Friday poll from Rasmussen Reports.

The approval poll, which has traditionally been favorable to Trump, showed him with 39 percent support among likely voters last Friday. Now, Trump is at 45 percent approval with 53 percent of likely voters disapproving of his job performance.

The last time Trump hit 45 percent in the Rasmussen daily tracking poll was a month ago. The new poll comes as Trump takes a “working vacation” at his golf club in Bedminster, New Jersey. While there, Trump has threatened North Korea, called Senate Majority Leader Mitch McConnell’s leadership ineffective, and deemed the opioid abuse epidemic a national emergency. 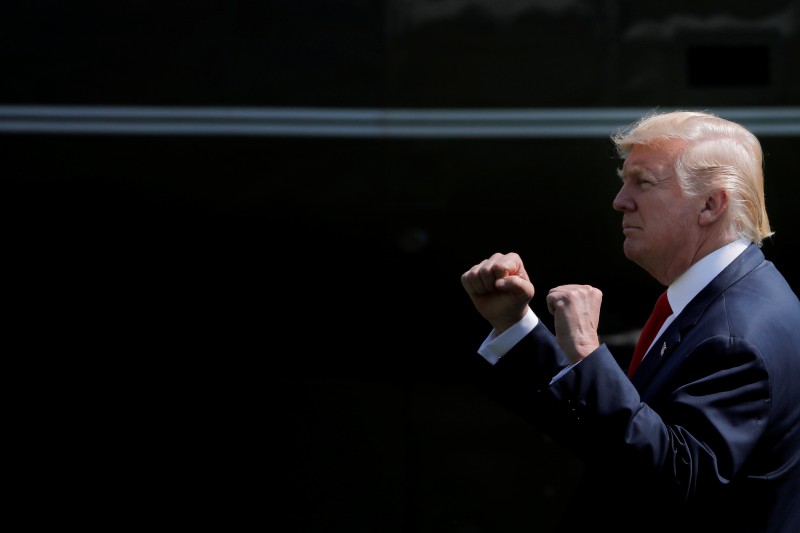 FILE PHOTO: U.S. President Donald Trump reacts as he boards Marine One helicopter while departing for vacation in Bedminster, New Jersey, from the South Lawn of the White House in Washington, U.S., August 4, 2017. REUTERS/Carlos Barria

The poll released Friday was conducted over the past three days and is of 1,500 likely voters. It has a margin of error of 2.5 percent.