President Donald Trump continued his talk of war Friday when he refused to rule out military action against Venezuela.

The U.S. government has taken a strong stance against Venezuela as the nation’s leader Nicolas Maduro has moved to consolidate power following weeks of violent clashes resulting from opposition protests in the streets.

“We have many options for Venezuela and by the way I’m not going to rule out a military option,” President Trump said at his golf club in Bedminster, New Jersey.

He described the South American nation as a “neighbor” that would be easy to strike militarily. These comments came as Trump has been threatening a military response if North Korea continues provoking the U.S. 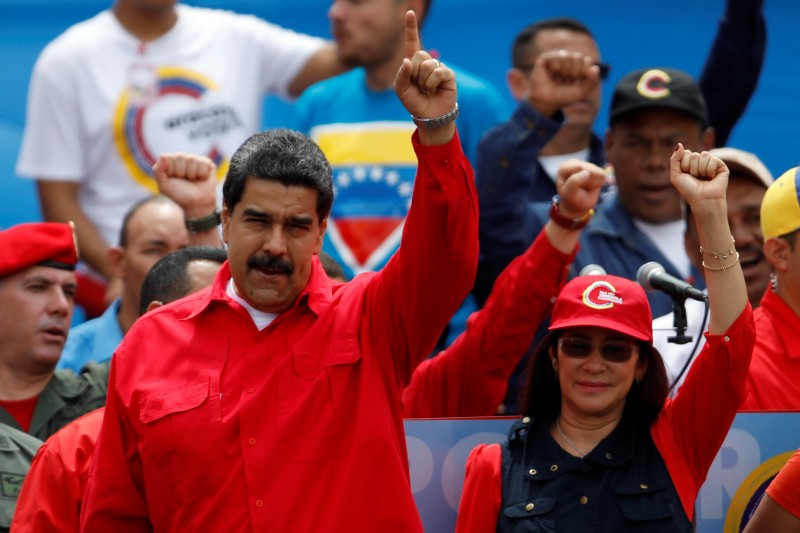 President Trump wouldn’t respond when asked if the US would be leading military action against Venezuela.

The U.S. recently sanctioned Maduro and several top officials in Venezuela. The Trump administration deemed Venezuela’s president a “dictator” after he successfully called for an election that created an assembly that would be able to rewrite the nation’s constitution and lord over other government institutions.