The footage, recorded by The Daily Caller News Foundation, captures at least five individuals beating up on a young black man with heavy objects, including large wooden planks and sticks.

The incident took place in the early afternoon, shortly after police cleared out Emancipation Park (formerly Lee Park). A skirmish broke out inside a parking garage, right next door to the Charlottesville Police Department.

Photo from Google Maps shows the parking structure where the video was captured. The Charlottesville Police Dept. is next door.
(Google Maps Screenshot)

At least one of the men appeared to be holding a shield with the logo of American Vanguard, a fringe white nationalist group.

Jason Charter, a Washington, D.C.-based activist, said he was present outside the parking garage.

“When I arrived, I saw multiple members of a white supremacist group beating senselessly an African American man while the police stood there and watched,” Charter said.

It is unknown if the attack was provoked by a specific incident, or if the attack was simply due to the young man’s skin color. Violent outbursts by both white supremacists and counter-protesters throughout the day left many injured. 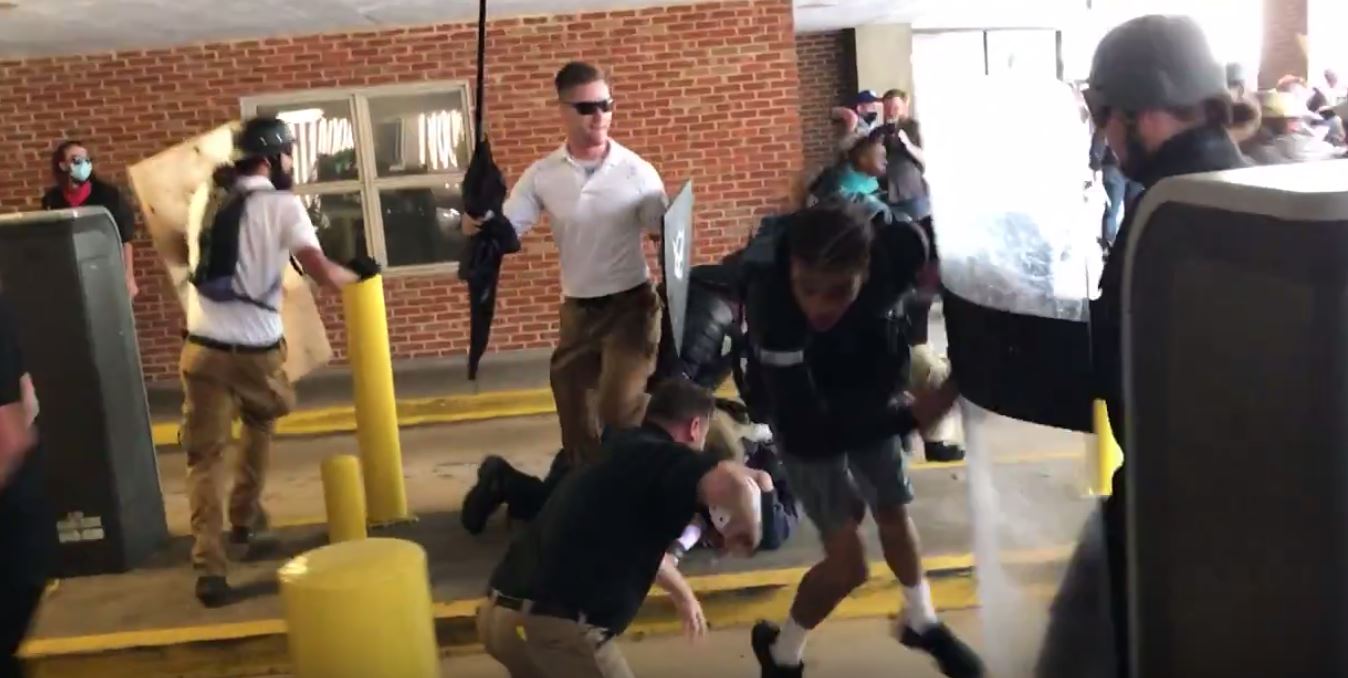 The perpetrators continued to attack the young man after he fell to the ground. (Brenton Roy/TheDCNF) 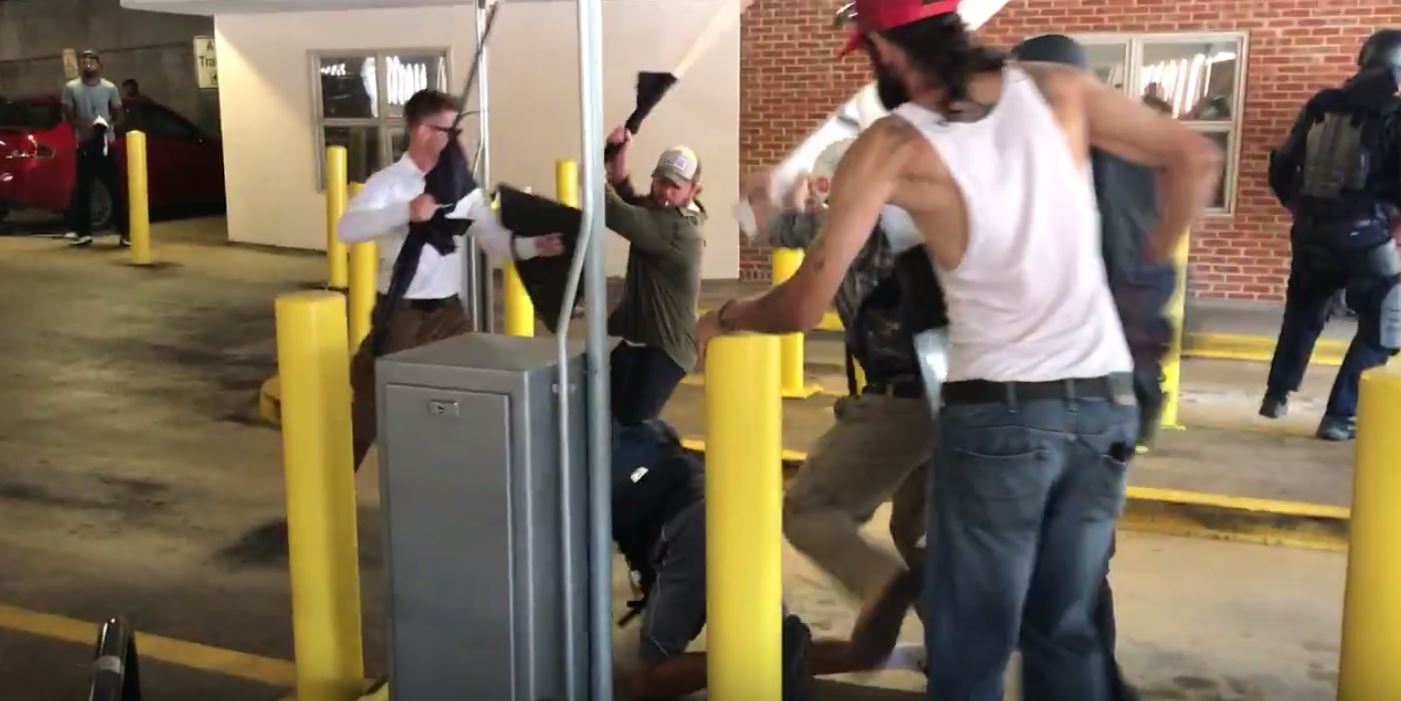 The perpetrators continued to pummel the young man as he struggled to get back to his feet. (Brenton Roy/TheDCNF)