Hey, everybody, right-wing extremists are more dangerous than Islamic extremists. I know this because CBS News “looked at the data.” You want to see “the data”? Here’s “the data.”

Between the end of '01 & Dec. '16 there were nearly 3 times as many fatal attacks by right-wing extremists than Islamist extremists in U.S. pic.twitter.com/VBk7iAJnNc 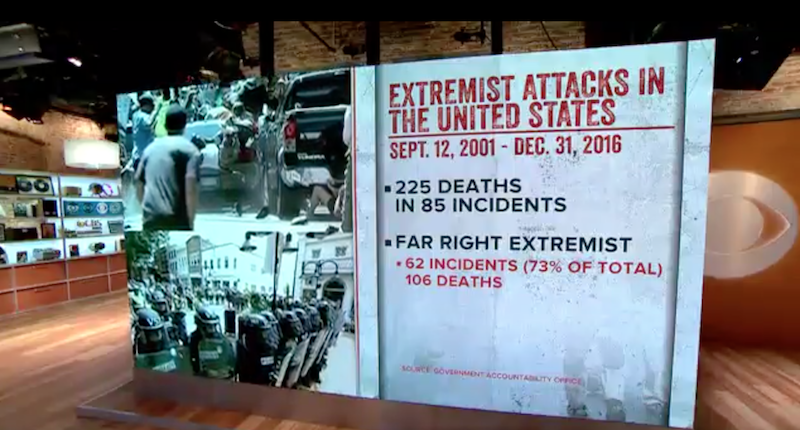 Are you seeing what I’m seeing?

Why does the count start on September 12, 2001? That seems like an arbitrary date. What’s significant about that day in history?

This is why nobody trusts you anymore, CBS et al. You’re so eager to smear your ideological opponents that you’ll willfully ignore the deadliest terror attack in American history, which happened within living memory of most of your rapidly dwindling audience.

What happened in Charlottesville this weekend was disgraceful. So is lying about its place in history.