The Libertarian Party is in full damage control mode after sparking backlash by praising North Korea as “an example of more freedom than the United States” for its marijuana laws. 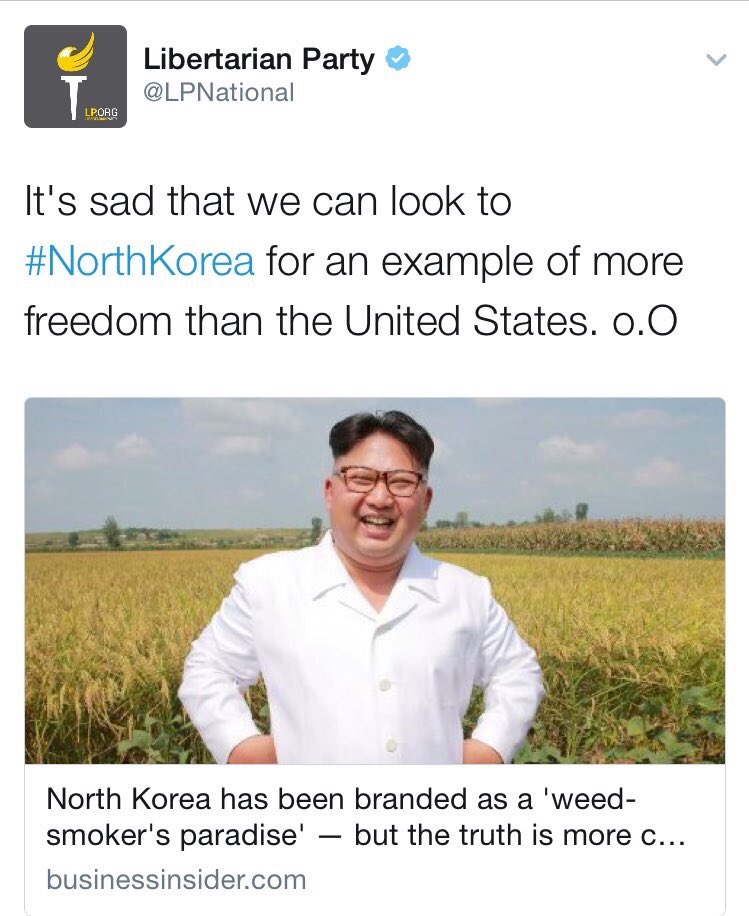 After a wave of criticism online, the party deleted the tweet Sunday night — after leaving it up for almost an entire week — and issued an apology (although the apology tweet now appears to have been deleted as well.)

The Libertarian Party’s official New Hampshire arm sent the exact same tweet praising North Korea on August 7. That tweet has not been deleted and remains on Twitter.

It’s sad that we can look to #NorthKorea for an example of more freedom than the United States. o.O https://t.co/aZQdgmY03b

Contrary to widespread rumors online, the Business Insider article stated that marijuana appears to be illegal in North Korea.

The Libertarian Party has struggled to establish itself as a credible third party.

The party convention last summer turned into a spectacle after a candidate for party chairman stripped down to a thong during his two-minute speech.