Anti-Trump protesters welcomed the president back to Trump Tower in New York late Monday night by venting their frustration not only at Trump but also to key administration officials, as well as the New York Police Department who was assigned to protect the president.

Protesters waved signs that read “Ban [Steve] Bannon” and “Protect [Robert] Mueller Fire [Stephen] Miller.” Additionally, protesters,  lined 5th Avenue from 57th street down to the end of 54th street on both sides, chanted, “No KKK, no fascist USA, no Trump!” among other things. 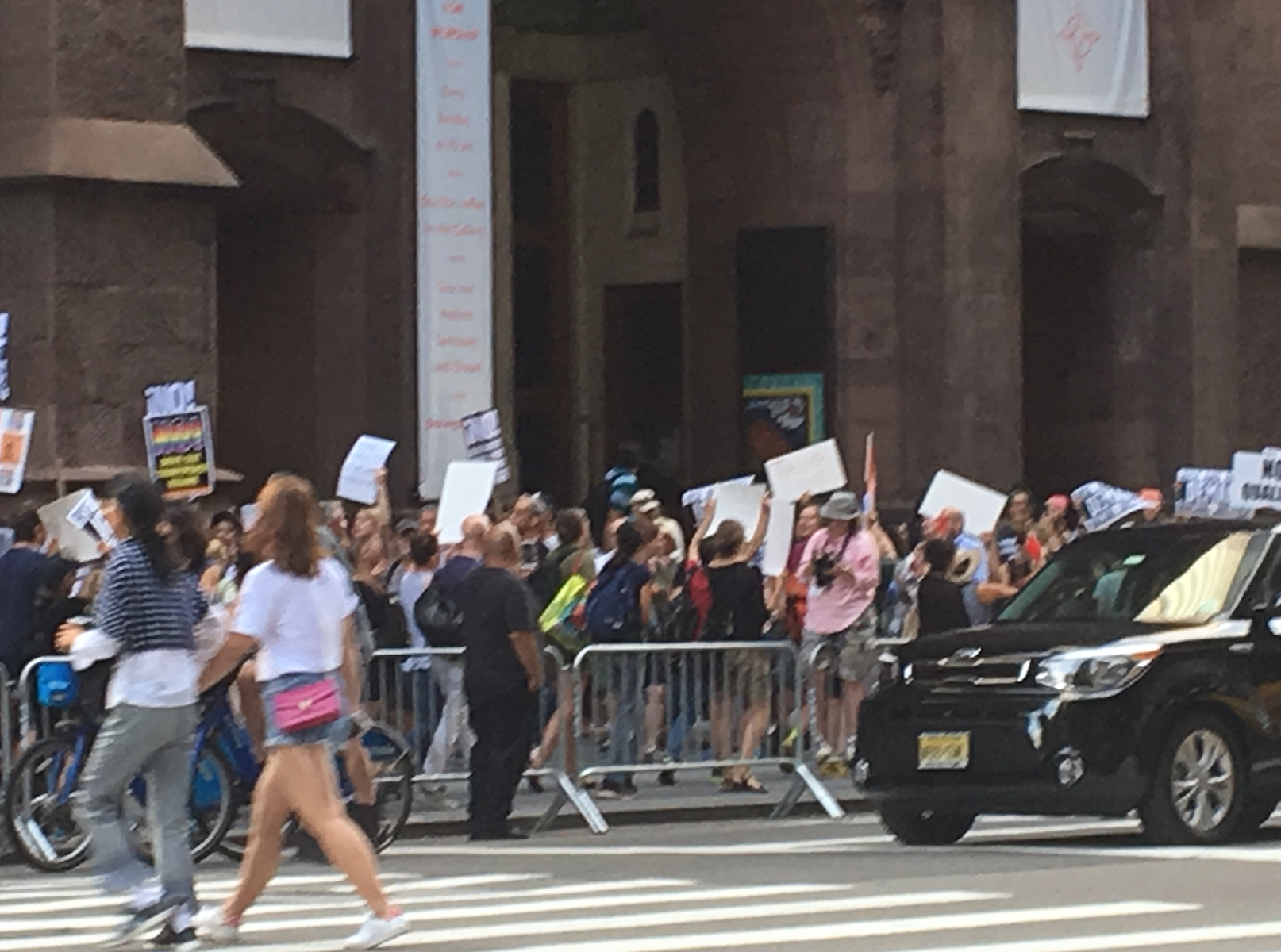 However, many protestors were not pleased with the existing metal barriers on sidewalks and lack of engagement against law enforcement.

“This is sad. This is a bunch of liberals holding signs and nothing is ever gonna change, because all they’re gonna do is hold signs. You’re not gonna change America by holding a sign,” said Manhattan resident “Shangree.”

Woman goes ballistic on NYPD for doing their job near Trump Towerpic.twitter.com/IvanHXnaGJ

A couple of protesters became upset with an officer earlier in the evening when they accused him  of “selling his soul for his badge” and he mocked their charge and asked the group to move along.

“I sold my soul for a badge” – An NYPD officer to protesters while moving them away from Trump Tower pic.twitter.com/TxxQU9fNyB

“You sold your soul for a badge!” one repeated after him incredulously.

The protest lasted for nearly six and a half hours and about an hour after Trump arrived at the Tower, the crowd began to disperse, around 10:45 p.m.

The president is expected to give a statement on his infrastructure plan Tuesday afternoon at Trump Tower.