NEW HAVEN, Conn. — A vigil held Sunday night in downtown New Haven, Conn., to reflect on the violence that broke out in Charlottesville, Va., was overshadowed by the ominous presence of anti-fascist groups. Men and women in masks, bandanas, and sunglasses clustered in a corner holding a banner reading, “We Don’t Light Candles For Our Dead — We Elect Barricades — F*** Racism.”

Norman Clement, a member of the ANSWER Coalition who introduced each speaker, told hundreds of attendees, including New Haven mayoral candidate Marcus Paca and current Mayor Toni Harp, “anti-fascists stand up and kick the sh** out of fascists. That’s what we need.”

Clement, 66, was arrested earlier this year and charged with “inciting a riot, disorderly conduct, interfering with an officer, second-degree breach of peace and reckless use of a highway by a pedestrian.” 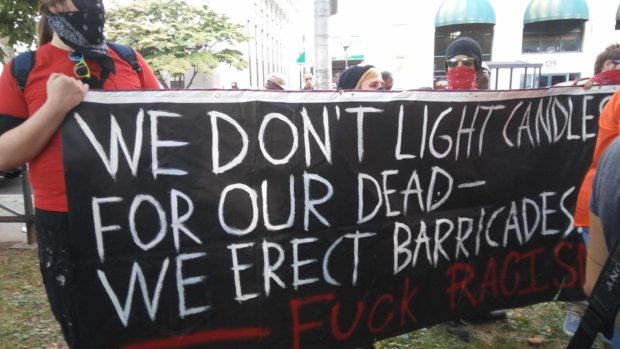 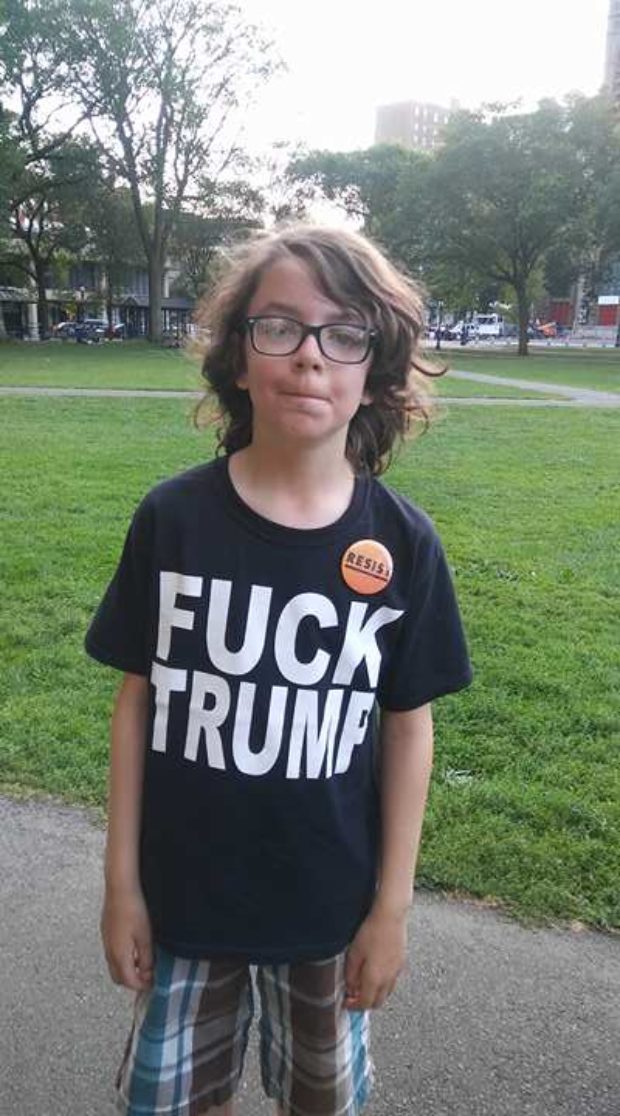 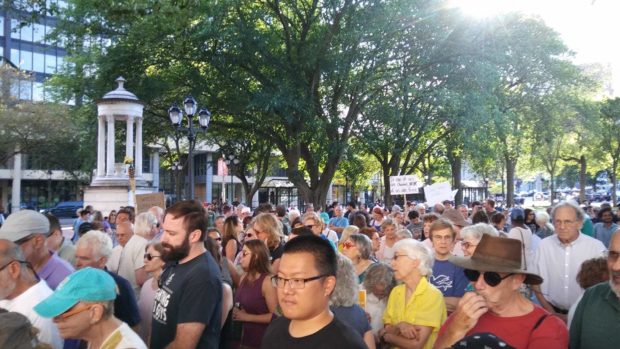 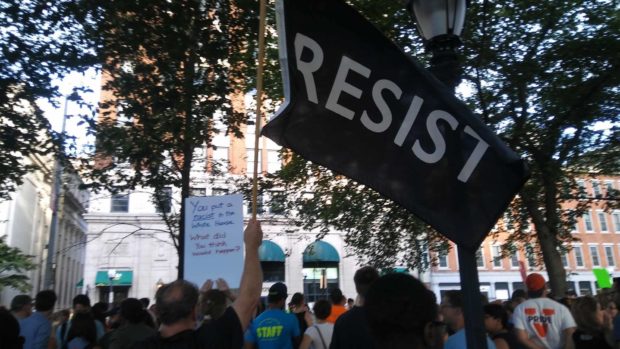 Most of the conversations centered on the dangers of president Donald Trump’s base and “whiteness” as an institutional problem that runs deeper than just the domestic terrorists in Charlottesville — one attendee held a sign reading “White Silence = White Violence.” A young boy wore a black T-shirt reading, “F*** Donald Trump.”

After Morales-Sanchez led a moment of silence for Heather Heyer, the 32-year-old woman who was killed when a car hit anti-racists in Charlottesville, the organizer evoked the events of July 8, when the white nationalist group “the Proud Boys” came to New Haven to stage a demonstration helmed by controversial libertarian speaker Augustus Invictus (who also was slated as a featured speaker for Charlottesville’s “Unite the Right” rally). Four counter-protestors were arrested, one of whom assaulted a Proud Boy with a paint balloon.

“We’re not going to accept or welcome that kind of hatred. And just like that, they left town, asking the police to escort them saying they will never be back,” Morales-Sanchez told the crowd. 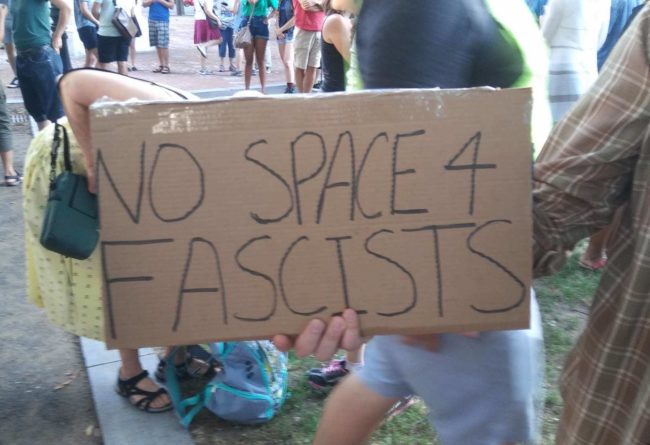 Most speeches were met with applause.

“I truly hope the president steps up and confirms that we are a diverse, multi-cultural country with the courage to stand against hate and bigotry,” Marcus Paca told The Daily Caller. “On a local level, I commend the organizers and participants of today’s peace rally and support any efforts towards bringing people together in a peaceful way to help resolve our social ills.”

The following morning, Norman Clement waded through the halls of superior court for the arraignment of the counter-protestors arrested during the “Proud Boys” July fiasco. They were called before the judge, along with Rabbi Daniel Greer, who was just found liable for $15 million in a civil trial for molesting young children.