The first lady of Zimbabwe, who is accused of assaulting a South African model and her friend with an extension cord, failed to turn herself in to authorities on Tuesday and has disappeared.

Grace Mugabe, the wife of President Robert Mugabe, allegedly beat Gabriella Engels and another woman bloody with an extension cord in a Johannesberg hotel on Sunday evening. Mugabe was expected to turn herself in and appear in court and is now missing, NPR reports.

The 52-year-old first lady confronted the 20-year-old model and her friend accusing them of partying with her two twenty-something sons, who were staying in a nearby hotel room. 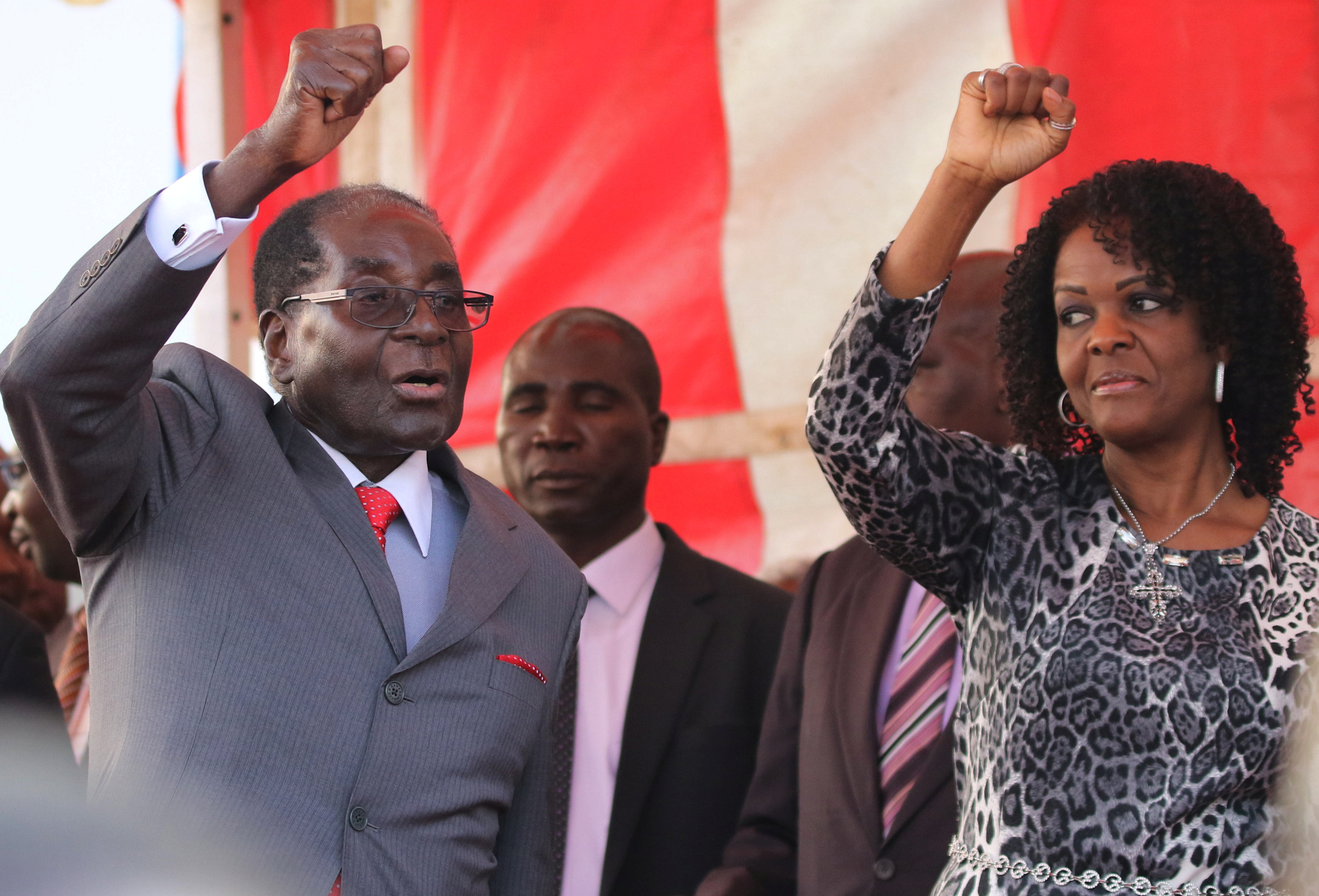 “Her bodyguards just stood back and watched her beat me and my friend,” she told CapeTalk radio station. By the time the alleged incident was over and Engels crawled out of the room, “there was blood everywhere–over my arms, in my hair, everywhere.”

Engels appeared to be bleeding from her head in social media photos after the alleged assault. She plans to press charges against Mugabe but doesn’t know how far it will go, according to NPR.

The first lady is 41 years younger than her 93-year-old husband, who is the one of the world’s longest-serving heads of state. Grace Mugabe’s role in Zimbabwe has increased as her husband has grown older, and there’s a possibility she could become his successor. Just last month she urged him to officially name someone to take over when he passes. 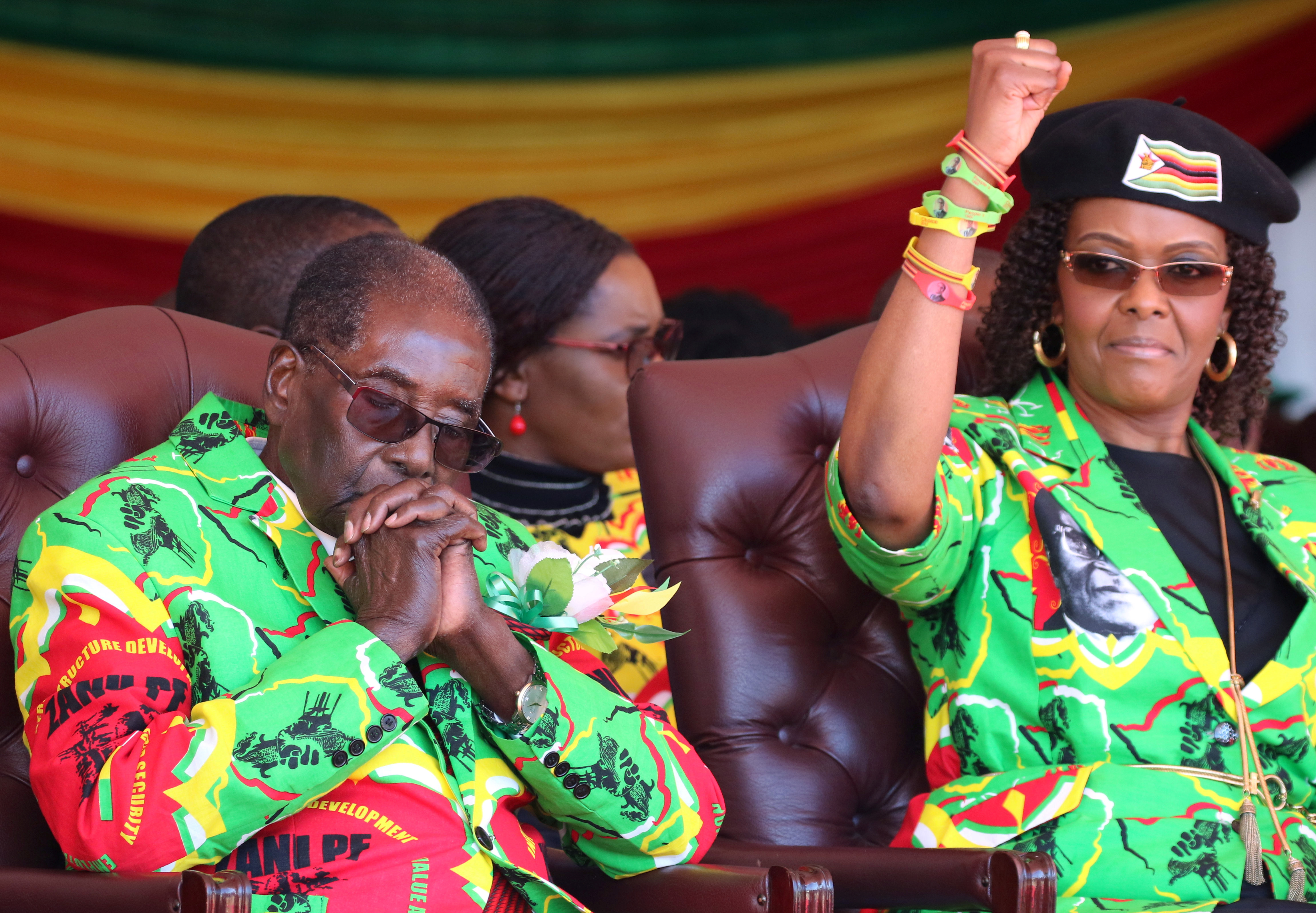 As for now, authorities are more concerned with tracking Mugabe down to get to the bottom of the accusations against her.

“She hasn’t handed herself over yet. We do not know her whereabouts at this stage,” police spokesman Vishnu Naidoo said on Tuesday. “It just didn’t materialize as it was supposed to,” he added. “As long as we don’t have a suspect in custody, we cannot say when they will appear in court.”