“I am proud supporter and defender of our President, and now I am running for United States Senate to defeat [Democrat Sen.] Debbie Stabenow and replace her with an ‘America First’ conservative,” the email read. (RELATED: Kid Rock For US Senate In 2018?) 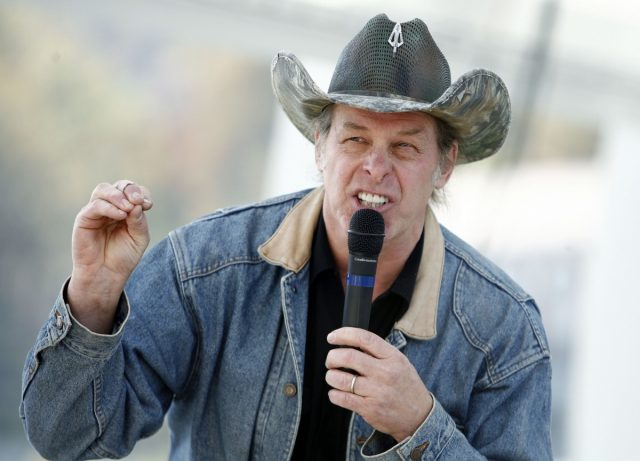 “Ted Nugent helped us win Michigan for the President, and hopefully he will campaign across Michigan once again to defeat Debbie Stabenow,” she added, before explaining that she doesn’t think Robert James Ritchie, aka Kid Rock, will actually run.

“Some people had their hopes up about Kid Rock running,” the letter continued. “Well, I think that is highly unlikely. Ted Nugent put it more succinctly ‘Kid Rock ain’t running for squat.’ So I invited Kid Rock to campaign with us across the state.”

During Fox News’ “Specialists” show Wednesday, Epstein publicly invited Nugent to campaign with her on the trail to unseat Stabenow, and he said yes.

In February, Nugent told The Daily Caller News Foundation he would not rule out the possibility of a senate bid in 2018.

“I’m always very interested in making my country and the great state of Michigan great again and there is nothing I wouldn’t do to help in any way I possibly can,” Nugent told TheDCNF.

Kid Rock has been dropping hints on his website and social media for the last few weeks that he’s thinking about running for Senate, but has yet to make it official. A poll released last month showed the rocker with a lead in the Republican primary and performing well against Stabenow.