Surprisingly little is known about George Papadopoulos, a 30-something energy consultant who this week became the latest former Trump campaign adviser to emerge as a focal point in the ongoing Russia collusion saga.

But one of the more intriguing revelations about Papadopoulos, an oil and gas consultant, is that he was reportedly in touch with the head of a U.S.-Russia trade group who is an alleged source for the anti-Trump dossier compiled by former British spy Christopher Steele.

That source, identified earlier this year by The Wall Street Journal and other news outlets as Sergei Millian, reportedly told associates that he was in touch with Papadopoulos during the campaign.

Papadopoulos was announced by Trump himself as a member of the campaign’s foreign policy advisory shop on March 21, 2016. Just three days later, Papadopoulos would pitch Trump campaign officials on a bold proposal.

As The Washington Post reported earlier this week, Papadopoulos emailed campaign policy director Sam Clovis with a proposal to set up “a meeting between us and the Russian leadership to discuss US-Russia ties under President Trump.” (RELATED: Trump Campaign Officials Rebuffed Volunteer’s Attempts To Broker Meetings With Russians)

Clovis rebuffed the advance, which included an offer for Trump to meet with Vladimir Putin.

“We thought we probably should not go forward with any meeting with the Russians until we have had occasion to sit with our NATO allies,” Clovis responded.

The emails undercut the narrative that the Trump campaign was openly colluding with the Russian government. The campaign officials either rejected Papadopoulos’ requests or ignored them. But the emails also raise questions about Papadopoulos’ motivations.

Was he attempting to infiltrate the Trump campaign? Was he trying to advance his own personal business interests? Or was the campaign volunteer making an entrepreneurial move to win favor with senior Trump team officials?

And the reported connection to Millian, the alleged dossier source, raises the possibility that Papadopoulos had provided information that ended up in that salacious document.

Prior to joining the Trump campaign, Papadopoulos had worked as an adviser to Ben Carson’s ill-fated presidential effort.

Ying Ma, the Carson campaign’s deputy policy director, told The Daily Caller that a “friend of the campaign” who works in the Washington, D.C. policy world introduced Papadopoulos to Carson’s team. He joined in Nov. 2015.

Papadopoulos played a “small role” in the campaign, but had little impact on the campaign, said Ma, who ran a pro-Trump super PAC after the Carson campaign folded.

She added that, to her recollection, Papadopoulos made no attempts to set up meetings with Russian government officials, as he would begin to do just three days after joining Trump’s campaign.

That apparent shift raises questions about what happened in the months between Papadopoulos’ transition from the Carson team to Trumpworld.

It is also not entirely clear how Papadopoulos, who is based in London, made his way to the Trump campaign.

As head of the campaign policy shop, Clovis made the final decision to hire Papadopoulos, a former Trump campaign adviser told TheDC.

Clovis, who is now chief scientist for the U.S. Department of Agriculture, also made the ultimate decision to bring Carter Page onto the campaign after being introduced by Lewandowski.

Page, also an energy consultant, is another central figure in the Trump-Russia probe. He is identified in the Steele dossier as one of the Trump campaign figures who met with Russian government officials in Moscow last July. (RELATED: Here’s How Carter Page Ended Up On The Trump Campaign)

Page has denied the allegation and called Steele’s report the “dodgy dossier.”

Page was also a recipient of one of Papadopoulos’ email pitches seeking a meeting with Russians, but he told The Post that he did not recall the email.

Papadopoulos appears to be of interest to investigators looking into the Russia story. One former campaign official who has been interviewed recently by congressional committees investigating collusion told TheDC that investigators asked numerous questions about Papadopoulos.

The emails are likely a focal point for investigators both in Congress and those working under Special Counsel Robert Mueller. Papadopoulos’ possible connection to Millian could also be of interest.

The Wall Street Journal, ABC News and The Washington Post have all reported that Millian is “Source D” in the anti-Trump dossier, which Steele, the former British spy, began working on last June.

Steele had been hired by Fusion GPS, an opposition research firm that was working for an ally of Hillary Clinton’s.

In the dossier, the source alleged to be Millian, a Belarusian who formerly worked in the Russian military as a translator, made a number of salacious claims about Trump and the campaign in conversations with intermediaries working for Steele, a former MI6 agent.

“Source D,” who is described as a “close associate of Trump,” made the salacious and uncorroborated claim that the former real estate mogul hired prostitutes during a trip to Moscow.

Russian spies had video recordings of Trump in a hotel room with the prostitutes and was using the footage as blackmail material, the source claim. The source also allegedly told an intermediary that Trump campaign officials were in frequent contact with Russian operatives and that information was being exchanged between the two sides.

In its article identifying Millian as a dossier source, The Post reported that Millian has told associates that he was in contact with Papadopoulos. TheDC has not been able to verify that claim. But The Post also noted that Papadopoulos and Millian are connected on Facebook. They are also connected on LinkedIn. (RELATED: The Source Of Salacious Claims In Trump Dossier Has Been Identified)

If Millian and Papadopoulos were in contact during the campaign, the connection raises the question: did Papadopoulos share campaign details with Millian? Did Millian pass those details to one of Steele’s intermediaries? 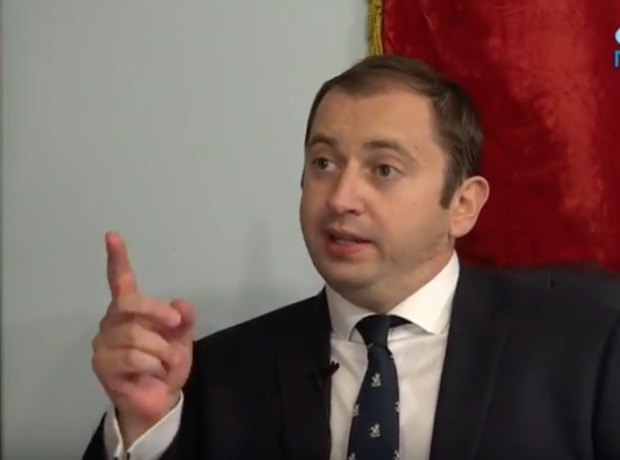 He forwarded a May 4 email to Lewandowski and other Trump campaign officials from Ivan Timofeev, the chairman of RIAC.

As with Papadopoulos’ previous inquiries, Clovis, the head of the policy team, shot down the idea.

“There are legal issues we need to mitigate, meeting with foreign officials as a private citizen,” he wrote to Papadopoulos.

The campaign volunteer would send the same message to Manafort, who also replied by scuttling the proposal.

After The Post published its article, Timofeev commented on his interactions with Papadopoulos in a lengthy blog post.

He revealed that Papadopoulos contacted his group through email in Spring 2016 seeking a meeting between RIAC and Trump.

“Mr. Papadopoulos put forth the idea of a possible visit to Russia by Mr. Trump or his team members,” Timofeev wrote, adding that Papadopoulos did not respond to his request for an official invitation from the Trump team.