The ship is named to commemorate the 1863 Battle of Chancellorsville during the American civil war, where Confederate General Robert E. Lee trounced an opposing Union Army nearly double the size of his own force.

The official reasoned that the ship commemorates a battle where both Confederate and Union soldiers died and does not specifically venerate either side. An image celebrating the ship on its website however prominently features Lee and Confederate General Stonewall Jackson. 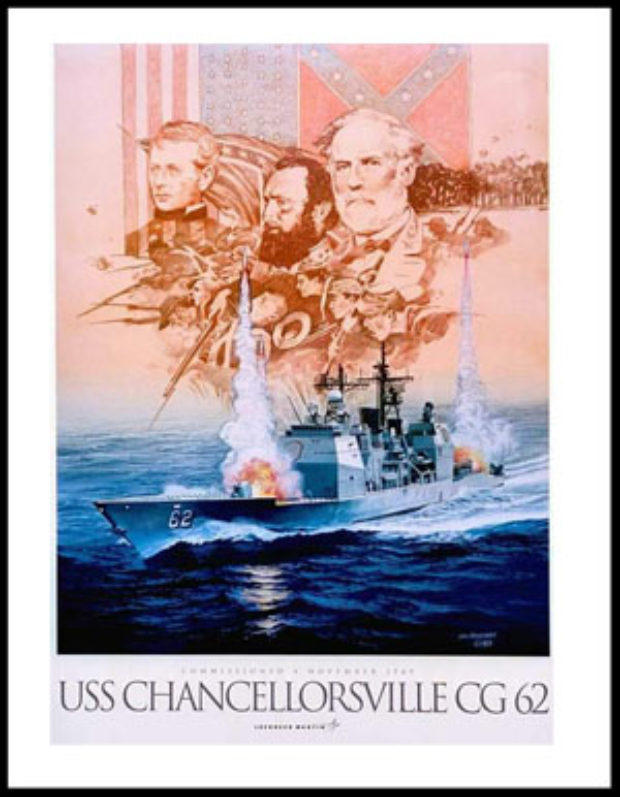 The Navy’s comments follow widespread discussion throughout the U.S. about the role of Confederate statues on public property and a racially charged riot Saturday in Charlottesville, Virginia.

“Every Army installation is named for a soldier who holds a place in our military history,” Army Brig. Gen. Malcolm Frost said in a 2015 statement saying there were no plans to rename the installations recalled by McClatchy. “Accordingly, these historic names represent individuals, not causes or ideologies.”