A Boston Red Sox fan took the mound ahead of their game against the St. Louis Cardinals on Wednesday night to deliver the first pitch, and it’s got to be one of the best we’ve ever seen. 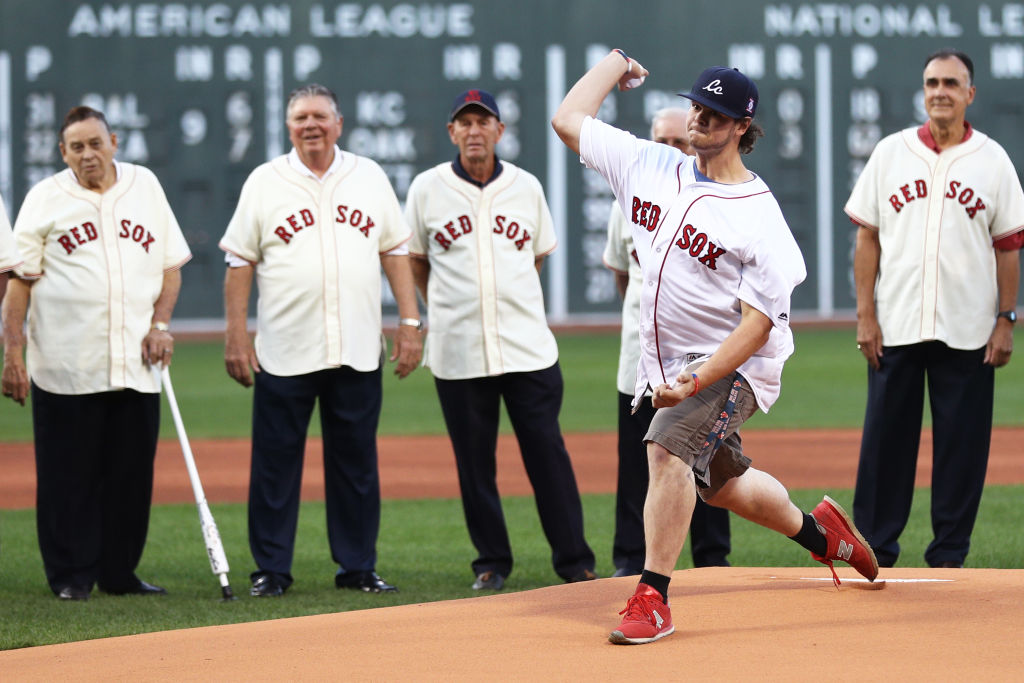 The Red Sox have been inviting cancer survivors to throw the first pitch at Fenway Park as part of their annual fundraiser with the Jimmy Fund. An 18-year-old cancer survivor named Jordan Leandre was the lucky man last night, but he probably wishes he could take his first pitch back.

Leandre winded back and let his pitch fly, but is sailed past home plate and hit a male photographer in a sensitive spot. Both the photographer and the Leandre’s reactions say it all.

Leandre and Lawrence Eagle Tribune photographer Tony Capobianco eventually made up after the game when the young man was able to shake his hand and apologize.

“I’m sorry!” The young #RedSox fan who threw tonight’s 1st pitch at Fenway and the photog who got hit! I have their story on #WBZ at 11 pic.twitter.com/WDXq74eyxg

But while Leandre might be embarrassed, Capobianco should be proud. The photographer hung in there and got the shot, knowing full well that the pitch was headed his way.

My camera man @TonyCapobianco is the poor guy that took that first pitch in the McNuggets. Here’s his view of it coming in. pic.twitter.com/NVD70hiIn2