Ten sailors are still missing after an American destroyer collided with a tanker in waters east of Singapore Monday.

The Arleigh Burke-class guided-missile destroyer USS John McCain was involved in a collision with the oil tanker Alnic MC early Monday morning, according to the 7th Fleet Public Affairs Office. The tanker, several times larger than the destroyer, punched a huge hole in the hull of the American naval vessel. 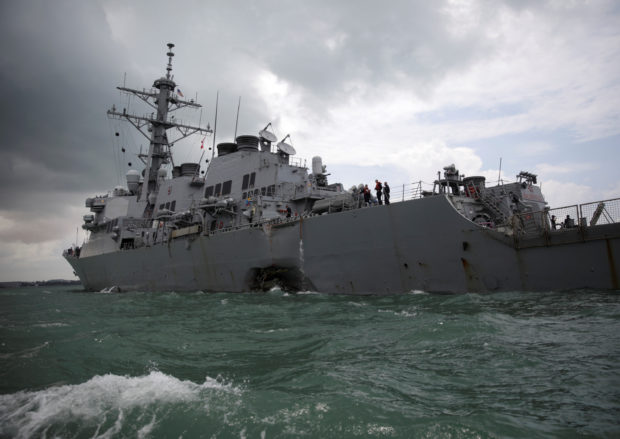 The warship was on its way to Singapore for a routine port call at the time of the accident, and the Liberian-flagged tanker was carrying around 12,000 tons of fuel from Taiwan to Singapore. The U.S. destroyer “suffered severe damage to the hull,” causing flooding in multiple compartments, according to the U.S. Navy. 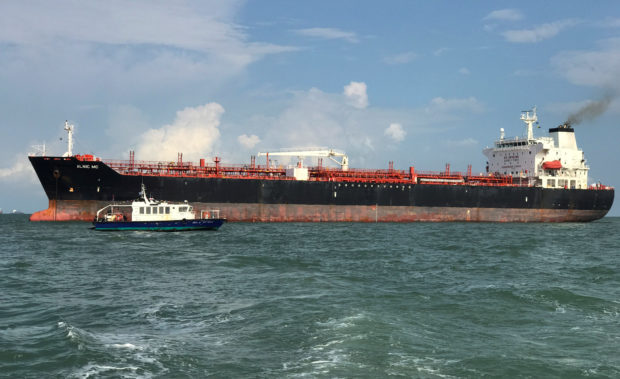 Five sailors were injured in the crash, and four were taken to the Singapore General Hospital by helicopter for treatment for non-life threatening injuries. Search and rescue operations are underway for the 10 sailors who were reported missing.

Sailing under its own power, the American destroyer made port at Changi Naval Base while the massive tanker proceeded to Raffles Reserved Anchorage.

The situation is being investigated.

President Donald Trump responded to the accident on Twitter Monday morning, following up on a comment the night before that the situation was “too bad.”

Thoughts & prayers are w/ our @USNavy sailors aboard the #USSJohnSMcCain where search & rescue efforts are underway. https://t.co/DQU0zTRXNU

Monday’s collision marks the second serious U.S. naval collision in two months. In June, the Arleigh Burke-class guided-missile destroyer USS Fitzgerald collided with a Philippine-flagged cargo ship nearly three times its size. Seven sailors were killed in the crash, and a number of others were injured.

Like the USS John McCain, the USS Fitzgerald was also part of the Seventh Fleet based out of Yokosuka, Japan.