I’ve been on the Barron Trump train from the start, but it’s about time the president’s son starts dressing the part. 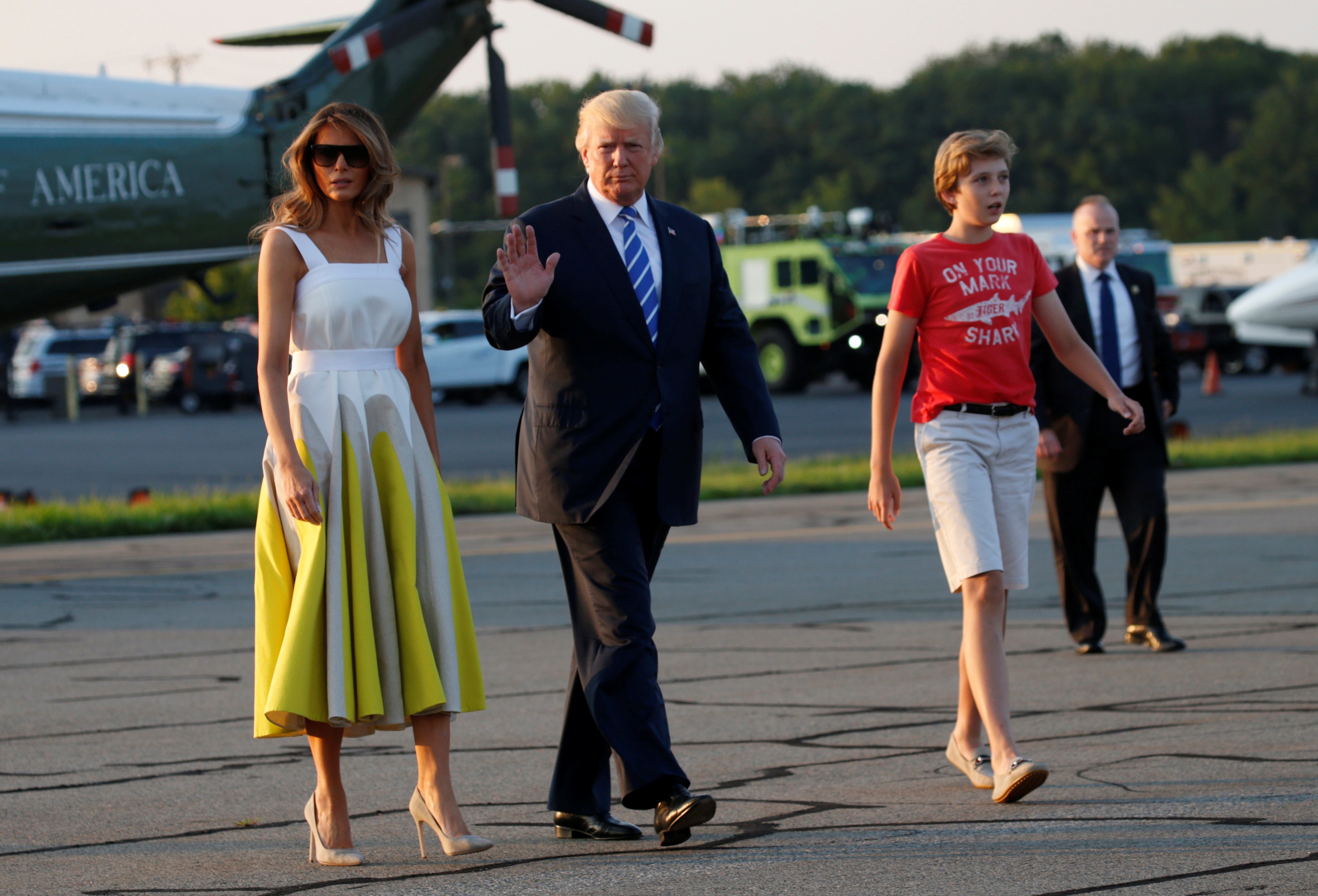 Barron is the youngest son of Donald Trump and the only child the president shares with Melania Trump. Time and time again Barron has proved that he’s just a normal 11-year-old kid, despite the fact that his dad is the President of the United States and he lives in the White House. One thing that isn’t normal though is the way he dresses when he joins his parents for a public appearance.

Barron was returning to the White House from New Jersey on Sunday and while the president and first lady traveled in their Sunday best, young Barron looked like he was hopping on Air Force One for a trip to the movie theater. (11 Times Barron Trump Proved He’s A Normal 11-Year-Old Kid) 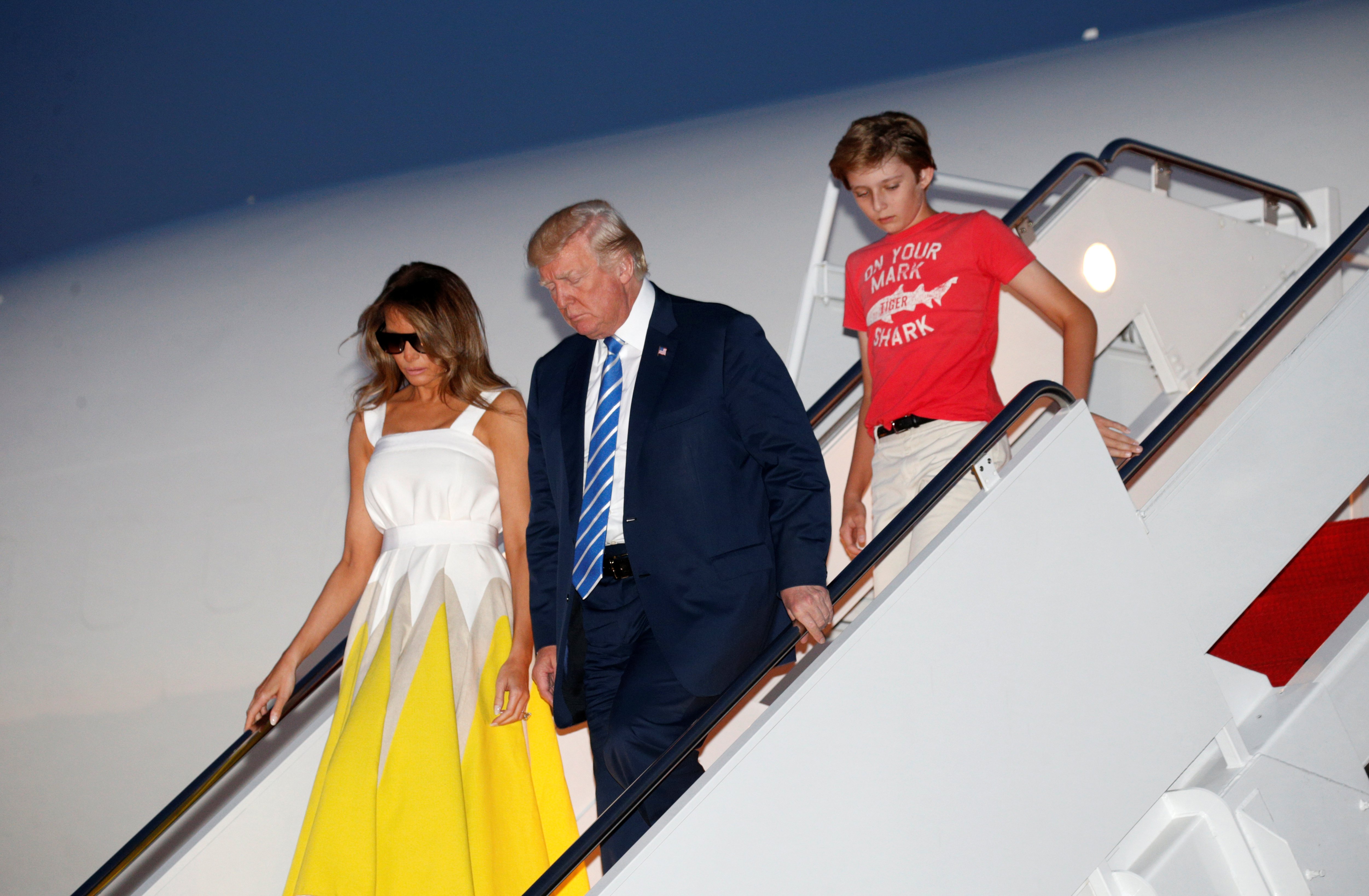 Think about how many times your parents forced you to dress up when you were a kid for a special occasion. No matter how hard you resisted, it was inevitable, you weren’t leaving the house until you had your tie tied, your shirt tucked in nice and neat with your hair combed, and a blazer on.

That’s not how it goes for the president’s youngest child.

Donald Trump and Melania always depart the White House looking their best. The president wore a fine tailored suit and Melania wore an elegant dress just as jaw-dropping as the last. But then Barron steps out in a t-shirt, khaki shorts and some suede loafers. (VIDEO: Barron Trump Snaps A Pic Of Marine One) 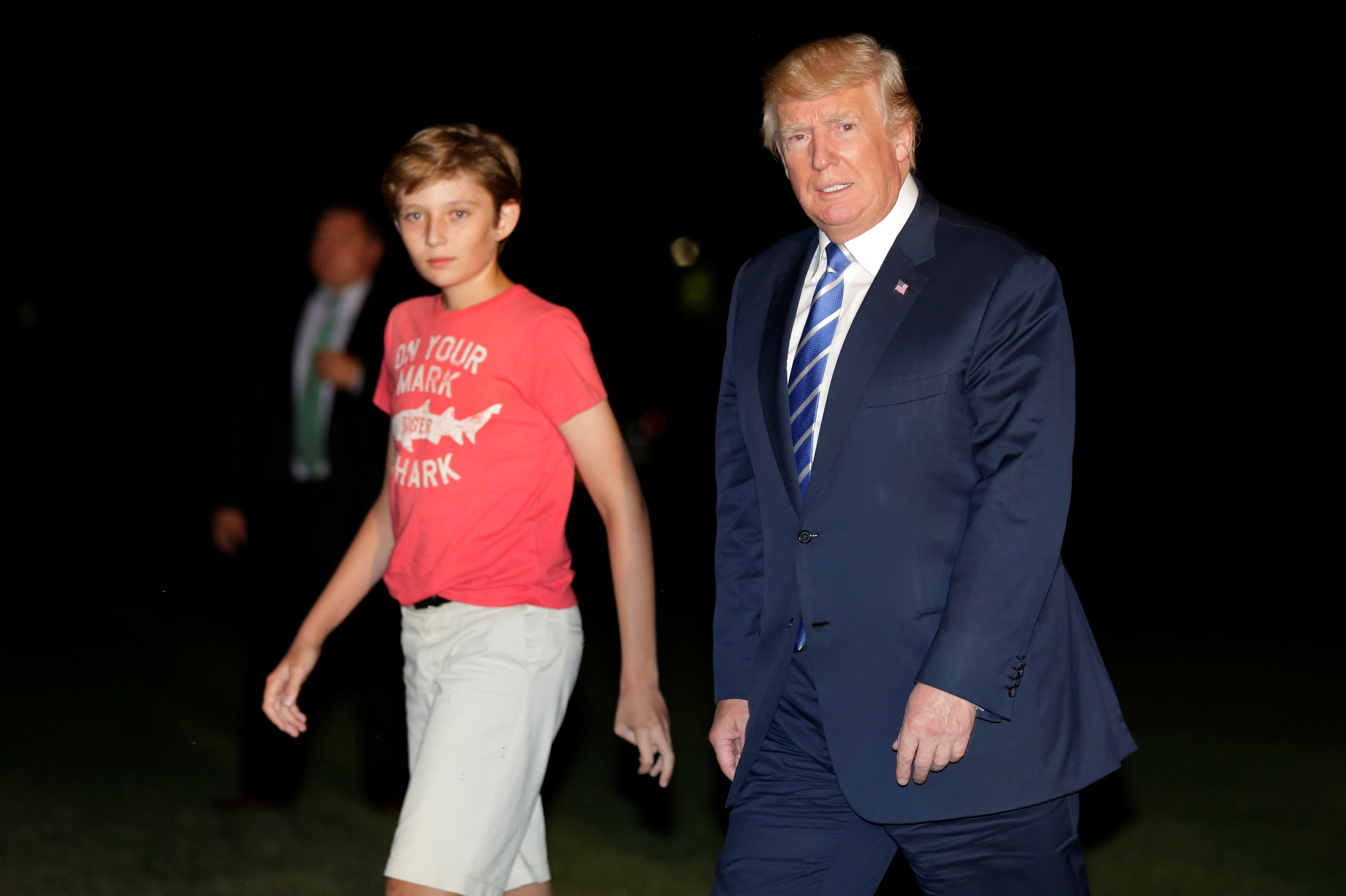 What am I missing here? Is Barron just better than I ever was at rebelling against my parents? Yeah, I’d put the blazer and tie on and comb my hair and all that, but as soon as my mom turned her head you better believe I was messing my hair up and loosening my tie. Hell I might even undo a couple buttons on my shirt if I was feeling like a real badass.

Barron doesn’t have to worry about all that, but he should. His dad is always looking dapper and his mom has become a worldwide fashion icon since becoming first lady. The youngest Trump doesn’t have any responsibilities as the president’s son, but the least he could do is dress the part when he steps out in public. 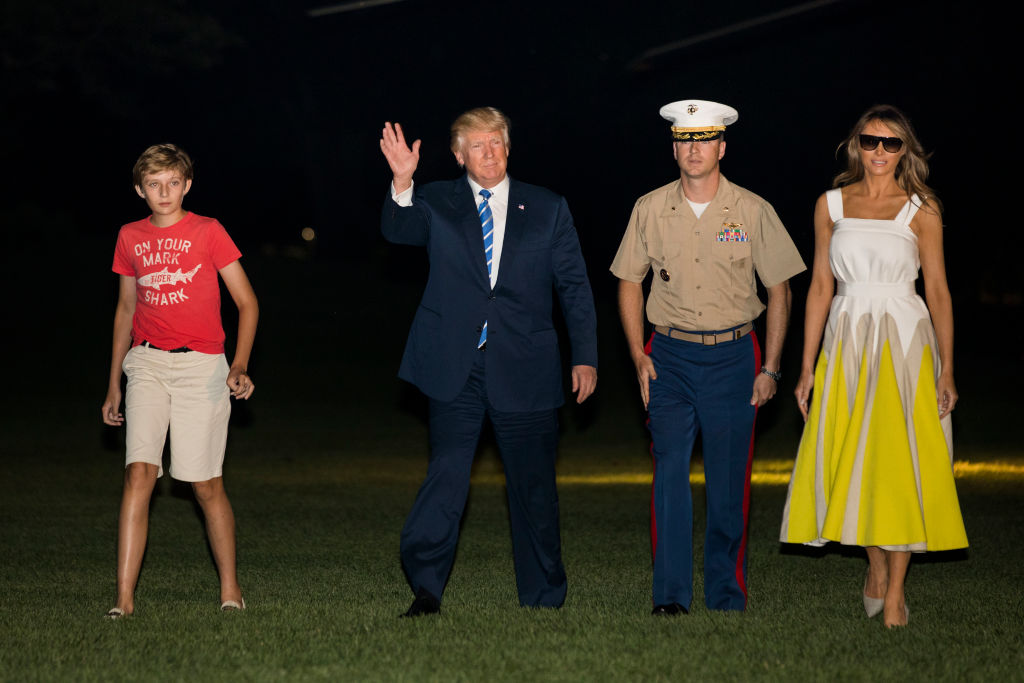 Correction: An earlier version of this piece stated that Barron was returning to Washington, DC from Arizona, not New Jersey.