More than 2,000 veterans are languishing, waiting for an appointment outside the Veteran Affairs (VA) system at the Overton Brooks VA Medical Center (OBVAMC) in Shreveport, La.

“As a VA employee/whistleblower and United States Army Veteran, it is my unpleasant duty to report to you that the Overton Brooks Veteran Affairs Medical Center (OBVAMC) in Shreveport, Louisiana currently has over 2,000 veterans waiting in the non-VA care and choice system,” Christopher Shea Wilkes wrote to the White House on Aug. 17.

Wilkes, an Army veteran, is a mental health social worker at the OBVAMC, and he originally blew the whistle on secret wait lists there in 2014.

“As of August 15, 2017, a large number of our veterans at the OBVAMC are waiting to simply be given an appointment that has to be scheduled to non-VA care, Choice first, and/or Choice 30,” Wilkes continued in the letter. “Other veterans are waiting for the documentation from their outside appointment with a non-VA provider to be downloaded from the TriWest portal and uploaded into the VA system. This is not only a VA facility problem. A significant portion of the blame falls on the TriWest system.” 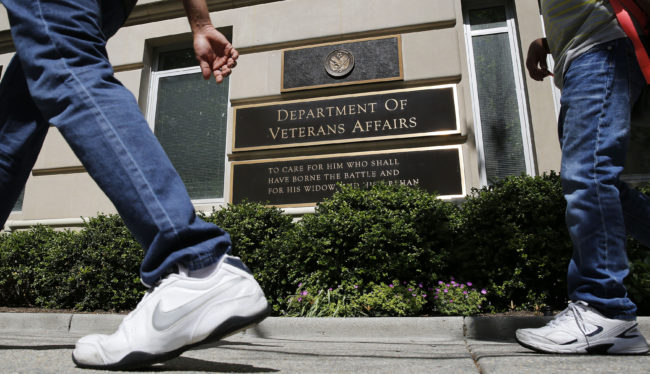 The sign in the front of the headquarters building at the Department of Veteran Affairs is seen as people walk past in Washington, May 23, 2014. REUTERS/Larry Downing

The VA Choice program was first passed on 2014 and allowed veterans who couldn’t get an appointment in a VA hospital to use the program to get medical treatment outside the VA system.

“Our network of dedicated health care professionals is located throughout all or parts of 28 states — to include Louisiana, Arkansas and Texas — as well as Guam, the Northern Mariana Islands and American Samoa. TriWest has been On a Mission to Serve America’s military families and Veterans since 1996 delivering award-winning customer service and providing access to high-quality health care,” Labedz said.

Labedz noted that TriWest has scheduled 25,000 appointments under the Choice program for veterans who use OBVAMC. 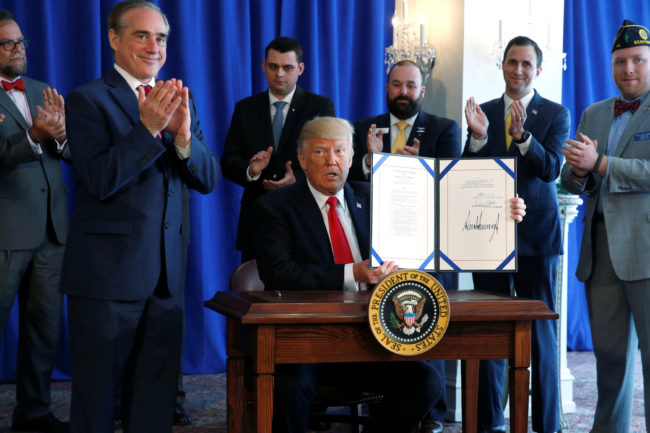 But Wilkes wasn’t buying it, saying that the VA system and TriWest systems aren’t integrated, causing delays in scheduling and payment.

“The communication system in place between VA and Tri-West is poor. When VA has to request information from Tri-West more than once, often numerous times, it is inefficient and not effective. The system in place along with the chaos and unorganized structure in this area at our facility make this situation an absolute nightmare. There are too many steps and persons involved in the process the way it is set up at our facility to be efficient and effective,” Wilkes said in an email.

Wilkes said since his letter reached the White House last week the issue has received attention at all levels.

“This letter hit D.C. Thursday night, and by Friday morning it was up and down every level of VA,” Wilkes said.

Wilkes noted that since Friday the hospital has brought in staff — many working overtime — to try and clear up the backlog in a mad scramble to minimize the damage.

Wilkes said that a combination of burdensome bureaucracy, lazy employees and poor leadership has caused the backlog, and this is a microcosm of the problems at the VA.

“While some attempts have been made to correct VA’s systemic leadership problem, I fear it is much too late to turn the tide in the current system. Those responsible for these mistakes are not held accountable. The problems are hidden from the VA’s Washington leadership and the entrenched bureaucracy remains,” Wilkes said.

After Wilkes reported on the secret wait lists in 2014, he faced retaliation. 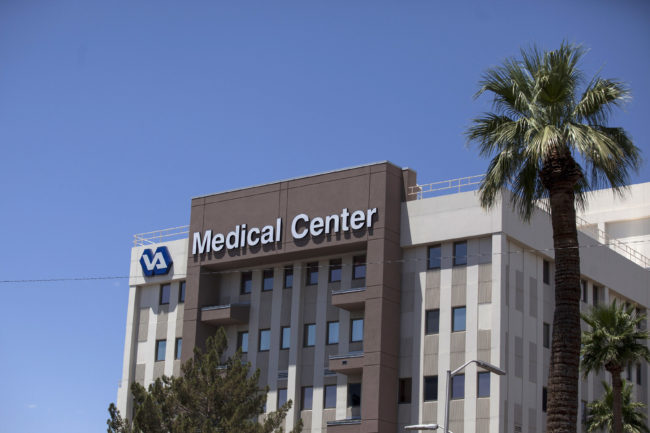 His reports have proven to be accurate; the Office of Special Counsel (OSC) found in 2016 that OBVAMC did have approximately 2,700 mental health patients on a secret waitlist, and more recently the VA Office of Inspector General (VAOIG) found in July 2017 that OBVAMC employees were receiving improper benefits from for profit colleges and misusing government equipment.