I hesitate to say the following story is the dumbest thing that will ever happen in the history of America, because it’s only Wednesday.

ESPN pulls announcer from calling a University of Virginia football game because of his name #RobertLee pic.twitter.com/V3K6SWo62C

In the wake of the events in Charlottesville, Va., ESPN decided to pull one of its announcers from calling a University of Virginia football game — because his name is Robert Lee.

Lee, an Asian-American sportscaster who started with the network in 2016, was moved to a different game “simply because of the coincidence of his name,” ESPN said, referencing the Confederate general Robert E. Lee…

The network’s full statement: “We collectively made the decision with Robert to switch games as the tragic events in Charlottesville were unfolding, simply because of the coincidence of his name. In that moment it felt right to all parties. It’s a shame that this is even a topic of conversation and we regret that who calls play-by-play for a football game has become an issue.”

It really is a shame that it’s a topic of conversation, but who made it an issue? Has anybody complained about this guy announcing this game because of his name? Has anybody really mistaken him for a white supremacist? 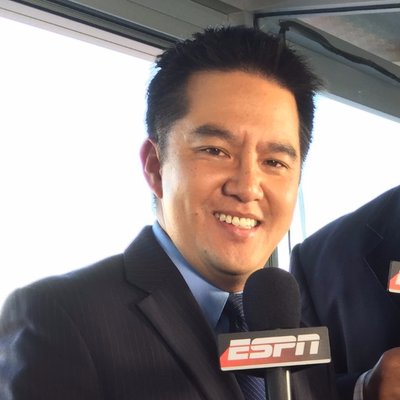 I’m gonna go out on a limb here and assume that Robert Lee isn’t related to Robert E. Lee. I have no reason to believe he thinks the wrong side won the Civil War. Nobody with two braincells to rub together would think the two men are related in any way but name. Do ESPN executives think their viewers are this stupid?

Well, maybe they’re right. What we’re seeing right now is mass hysteria. People are tearing down statues they’ve walked by their whole lives without incident, because suddenly they’re “dangerous.” Hollywood actors are seeing Nazi symbolism in depictions of America’s national bird. Everybody you personally dislike is now a Nazi, and that’s why it’s okay for you to punch them.

Trump isn’t making any of you idiots do any of this. You have free will, and if you choose to behave like this, it’s nobody’s fault but your own.

Yo! The show I'm on @VICELAND #WhatWouldDiploDo is on again tonight fuckers! Check it out! https://t.co/2aejw5tKFI