Only three more days until college football graces our televisions once again.

Is there anything more American than young men putting on the pads to represent their schools on Saturday afternoons? If there is I certainly haven’t seen it yet.

I need some play-action deep balls in the same way a drug addict needs his next fix. Give me the quarterback rollouts, power run football, the read-option, linebackers shooting the gaps, running backs carrying the ball for four yards, and a cloud of dust. 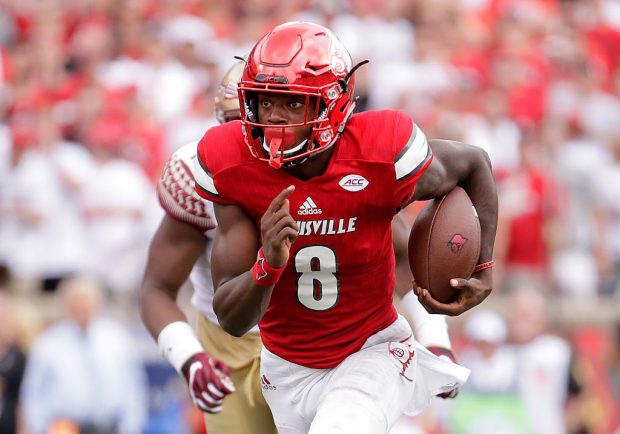 Lamar Jackson #8 of the Louisville Cardinals runs for a touchdown against the Florida State Seminoles at Papa John’s Cardinal Stadium on September 17, 2016 in Louisville, Kentucky. (Photo by Andy Lyons/Getty Images)

As I’ve said before, it’s a soft opening weekend, but at this point, I’ll take anything that is offered. I’m so desperate for football I’d be inclined to watch some JUCO football if it was on my television. 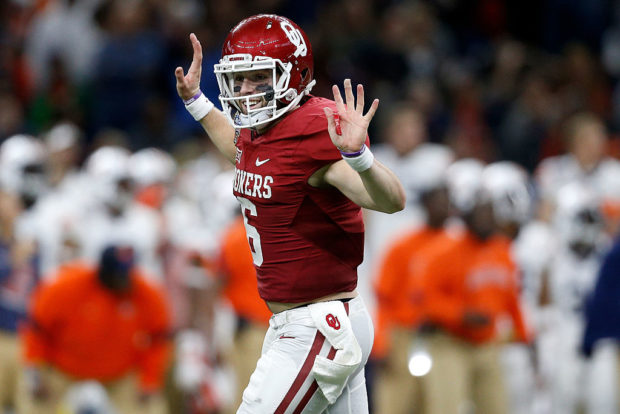 NEW ORLEANS, LA – JANUARY 02: Baker Mayfield #6 of the Oklahoma Sooners reacts after a touchdown against the Auburn Tigers during the Allstate Sugar Bowl at the Mercedes-Benz Superdome on January 2, 2017 in New Orleans, Louisiana. (Photo by Jonathan Bachman/Getty Images)

I’ve seen enough of the negativity in the news to last me until the Super Bowl. I’m ready to get back to Saturdays in the fall, a cold beer in my hand, the Wisconsin Badgers grinding out a close conference game, and reminding people the SEC is overrated.

In a few days we can all put aside our petty differences, and begin arguing about stuff that actually matters, like whether or not Urban Meyer is a better coach than Nick Saban.

We’re less than 72 hours away, America. We’re almost there. Don’t do anything stupid this late in the game. I’ll see you all in spirit Saturday afternoon.