I can’t believe I’m about to link to Al Jazeera, but right now it looks like they’re the only news outlet that’s covering this story and daring to actually show the image the story is about. I guess they get a hood pass? They’re not worried about getting massacred?

And here’s how Al Jazeera frames the issue:

Critics have taken to the internet to condemn the French satirical magazine, Charlie Hebdo, over a front-page cartoon linking Islam to a recent deadly attack in Spain, saying it risked fanning Islamophobia.

The latest edition of the magazine, which was attacked by gunmen in 2015, shows two people lying in a pool of blood having been run over by a van next to the words: “Islam: religion of peace…eternal”. 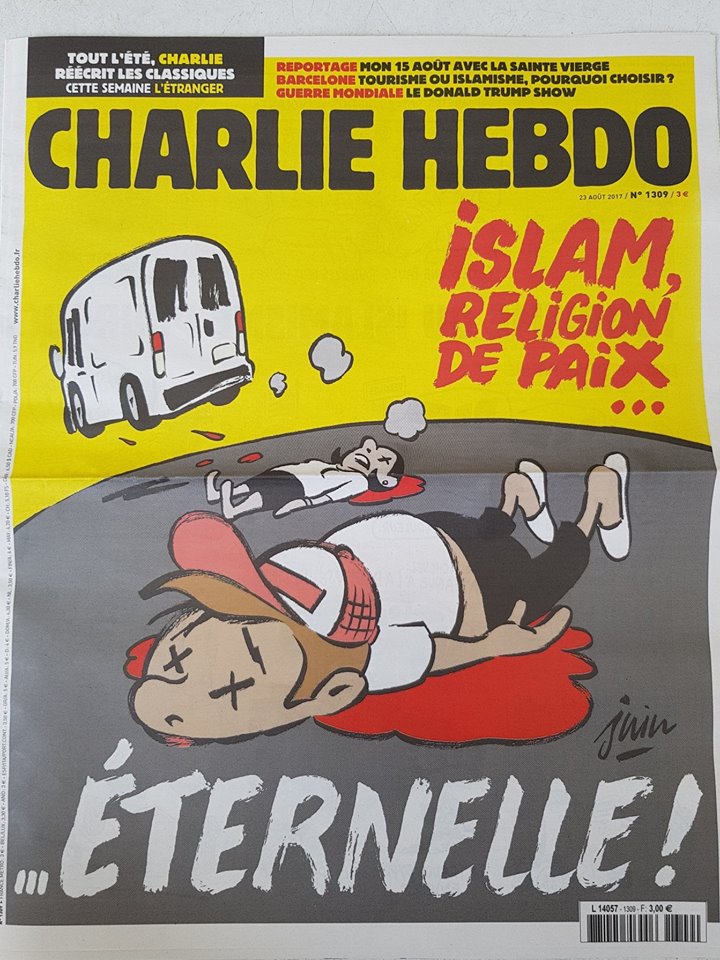 You know what’s really fanning Islamophobia? Murdering people because you think Allah told you to. How about you knock that off, and then we’ll see if we can move forward from there?

No? Didn’t think so.

Stay safe, Charlie Hebdo. You lampoon all religions, but only one of them responds this badly to criticism.