USA Today’s sub-site For the Win wasn’t too pleased with some recent comments from Florida Atlantic coach Lane Kiffin.

Kiffin recently talked about former Baylor coach Art Briles and his success at running an unreal offense in the Big 12.

“Obviously, he’s done unbelievable things on offense. It’s his system that he started years and years ago. Every once in a while, I’ll text or call him and bounce something off of him,” Kiffin told the Sun Sentinel. 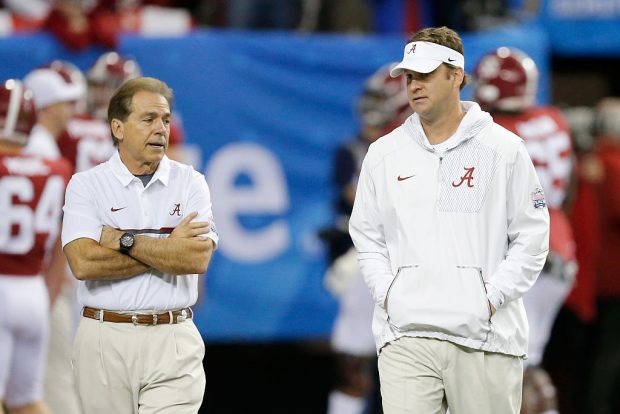 Pretty straight forward and harmless comment. It’s also a true statement. Briles is an offensive genius, but USA Today wasn’t pumped about the fact Kiffin didn’t weigh in on the Baylor rape scandal.

They wrote in part:

Kiffin, though, should know better than to discuss this without any context. Obviously Art Briles is a good offensive football coach. Obviously he also oversaw a morally bankrupt program that systematically worked to cover up the criminal behavior of its players, which included multiple sexual assaults.

The Baylor rape scandal cost Briles his job, but there hasn’t been much evidence to suggest he knew anything more than what the media has reported. Baylor even settled a lawsuit with him after his firing. This is far from the situation at Penn State, where people knew and did nothing.

So, why is Kiffin required to discuss Briles’ job at Baylor whenever making factual statements about the man’s ability to run an offense? It seems like a ridiculous standard to hold somebody to, especially given the fact Briles has never officially been charged or convicted of anything.

This is America, and you’re innocent until proven guilty. At least, I thought it used to be that.