One of the biggest mysteries looming over the Trump-Russia saga is the identity of the political donors who hired opposition research firm Fusion GPS to investigate Donald Trump.

Almost no information has been provided in press reports about a Hillary Clinton ally who, last June, reportedly hired Fusion GPS to investigate the former real estate magnate. Fusion would go on to hire former British spy Christopher Steele to carry out that investigation. He compiled a 35-page dossier of uncorroborated allegations about Trump’s activities in Russia that BuzzFeed News published in January.

Determining the identity of the donors has proved difficult. Glenn Simpson, the co-founder of Fusion GPS and a former Wall Street Journal reporter, isn’t saying. During a 10-hour interview with the Senate Judiciary Committee on Tuesday, Simpson declined to identify any of his clients, citing confidentiality agreements. (RELATED: Fusion GPS Founder Refuses To Identify Clients During Marathon Senate Session)

But The Daily Caller is able to rule out at least some major, anti-Trump Republicans as Fusion clients.

Nearly a dozen so-called “Never Trump” GOP donors reached by TheDC over the past month deny that they hired Fusion to investigate Trump. The heads of two super PACs that opposed Trump also say that they are not aware of who the Fusion GPS client might be, or even if there is one.

Campaign managers for Trump’s top competitors also told The Washington Examiner’s Byron York this week that they have no information about the alleged donor.

That absence of information is raising a larger question beyond the identity of the donor: does the Republican Fusion GPS client actually exist?

The idea that a Republican donor first hired Fusion GPS came about in a New York Times article published on Jan. 11, a day after BuzzFeed News published the Trump dossier.

According to The Times, a Republican who strongly opposed Trump hired Fusion GPS in Sept. 2015.

Few other clues about the donor have surfaced since then, though a BBC reporter who had been in contact with Fusion GPS prior to the election reported back in January that a Jeb Bush donor was Fusion’s first client. But the reporter corrected the article after being contacted by Mike Murphy, the chairman of Bush’s super PAC, Right to Rise.

The BBC article now states that the Fusion GPS client was a donor to an anti-Trump super PAC.

Murphy denied to TheDC back in January that a Right to Rise donor had hired Fusion GPS. He still holds the same view.

“I just think I would have heard something if [sic] Jeb donor,” Murphy told TheDC through email this week.

“Don’t think it’s true. I would have heard, I think and I have heard zilch.”

Katie Packer, the founder of Our Principles PAC, the most well-funded of the anti-Trump super PACs, also says she does not know the identity of the Republican client, or even if there is one.

“No idea,” she told TheDC when asked if she knows whether a Republican Fusion GPS client exists.

Warren Tompkins, the chairman of Conservative Solutions PAC, which was formed to support Florida Sen. Marco Rubio, says he was not aware of any project with Fusion GPS.

“I was not aware of this activity and frankly we had our hands full attempting to fend off the millions that Jeb’s PAC dumped on Marco to be concerned with anything but that,” Tompkins told TheDC.

Expenditure reports filed by the PACs listed above show no transactions involving Fusion GPS. That raises the possibility that, if a Republican client actually exists, they hired the firm without spreading the news to other political operatives and donors.

To try to identify the alleged GOP donor, TheDC contacted 20 of the biggest GOP rainmakers who fit the description of an anti-Trump Republican.

Of those 20, TheDC obtained denials from 11 donors, either directly from the principal or through someone familiar with their political activities. Nine donor did not respond at all. One Republican donor who denied hiring Fusion did not want to be identified for this article.

Mike Fernandez, an anti-Trump billionaire health care magnate who donated heavily to Right to Rise, also says he did not hire Fusion GPS.

“I wish it had been me, but it was not,” he told TheDC, noting that as many as two dozen reporters have contacted since the dossier was published him asking about a relationship with Fusion GPS. 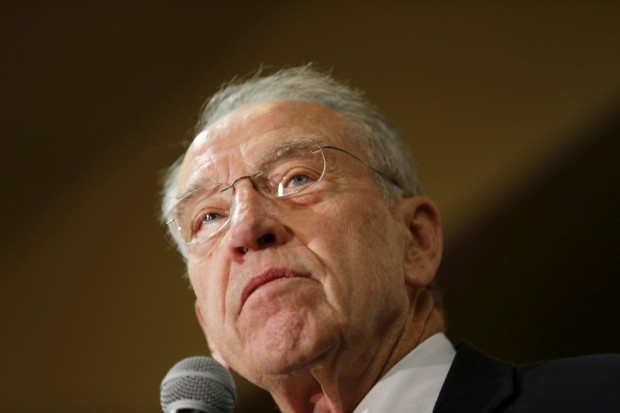 The campaign managers for several of Trump’s top Republican challengers also said they did not know the identity of the Fusion GPS client. In interview with The Washington Examiner’s Byron York, some questioned the entire premise of the claim that a Republican donor actually hired Fusion at all.

Terry Sullivan, the campaign manager for Rubio, said that “it is not at all believable” that a Republican was behind the anti-Trump research effort through Fusion because no information appears to have surfaced from the project.

“Everybody was pretty damn desperate at the end. If someone had a kitchen sink, they would have thrown it,” Sullivan told York.

“Nobody ever brought this up,” Roe told York, calling the notion of a Republican backer “total BS.”

“No one associated with the Kasich campaign had anything to do with it,” Weaver said.

A Fusion GPS spokesperson did not respond to questions about whether a Republican client actually exists.

As for the Hillary Clinton ally who hired Fusion GPS to compile the dossier, rumors are circulating around Washington, D.C., including within the Trump White House and on Capitol Hill.