We did it America. College football has finally returned.

It’s a bright morning in this country, the flag is flying high, the sun is shining and young men are back on the field. What a great day to be alive.

There are countless great storylines to follow this season, but some of the greatest will be if Alabama can redeem themselves, can a Big Ten team win the national title, is USC up to they hype, will Oklahoma survive Bob Stoops leaving and can Arkansas finally shake the Hookstead curse?

These are the questions football fans everywhere are pondering. 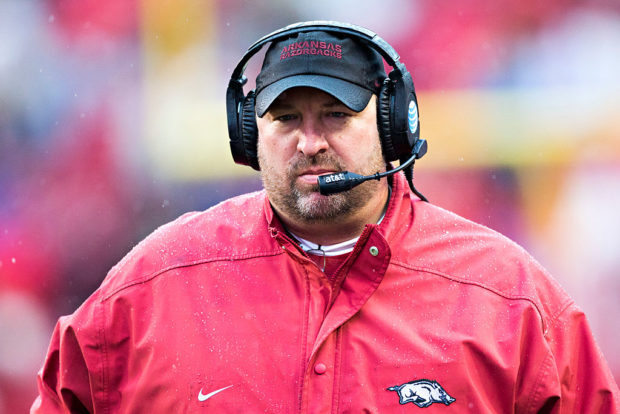 FAYETTEVILLE, AR – NOVEMBER 27: Head Coach Bret Bielema of the Arkansas Razorbacks on the sidelines during a game against the Missouri Tigers at Razorback Stadium Stadium on November 27, 2015 in Fayetteville, Arkansas. The Razorbacks defeated the Tigers 28-3. (Photo by Wesley Hitt/Getty Images)

There were times when I wasn’t sure if we’d make it this far. Things looked bleak, and football seemed like a distant dream we’d never return to. Luckily, the fact we’re all here today means we have made it to another football season. 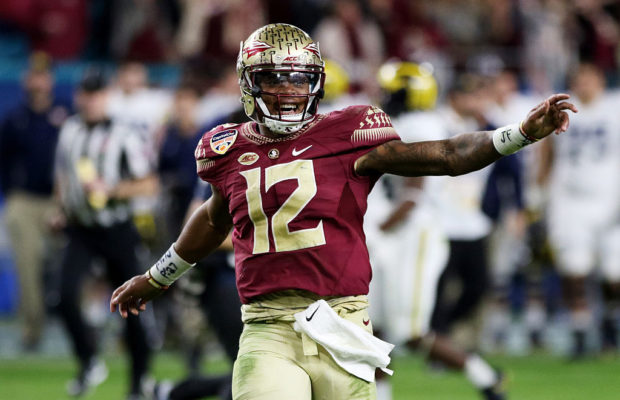 MIAMI GARDENS, FL – DECEMBER 30: Deondre Francois #12 of the Florida State Seminoles celebrates their 33 to 32 win over the Michigan Wolverines during the Capitol One Orange Bowl at Sun Life Stadium on December 30, 2016 in Miami Gardens, Florida. (Photo by Marc Serota/Getty Images)

Crank open a cold beer and enjoy today. We’ve all earned it.