UK’s Channel 4 produced a short documentary last week celebrating a woman with a history of posting violent, racist, and religious extremist rhetoric online as an example of a “Muslim woman fighting back by rejecting stereotypes.”

Nadia Chan, a self-described “anti-colonialist Islamist” described Jews as “parasites” and called for violent militancy against the British government and white people. She has also called on Muslims to support “armed resistance from the Islamic Jihad […] and also Hamas,” on Islamic state TV.

Chan’s tweets ranged from hostility against whites and Jewish people, quotes by Robert Mugabe, and calls for violence against the police. She even advocated support for North Korea, Venezuela’s undemocratic socialist government, and the Castro regime in Cuba.

“The only white man you can trust is a dead white man,” she wrote, quoting Mugabe.

“We need straight up militancy, they trying to kill us and they’re getting brave. These honkies will kill more unless they are stopped,” she wrote. 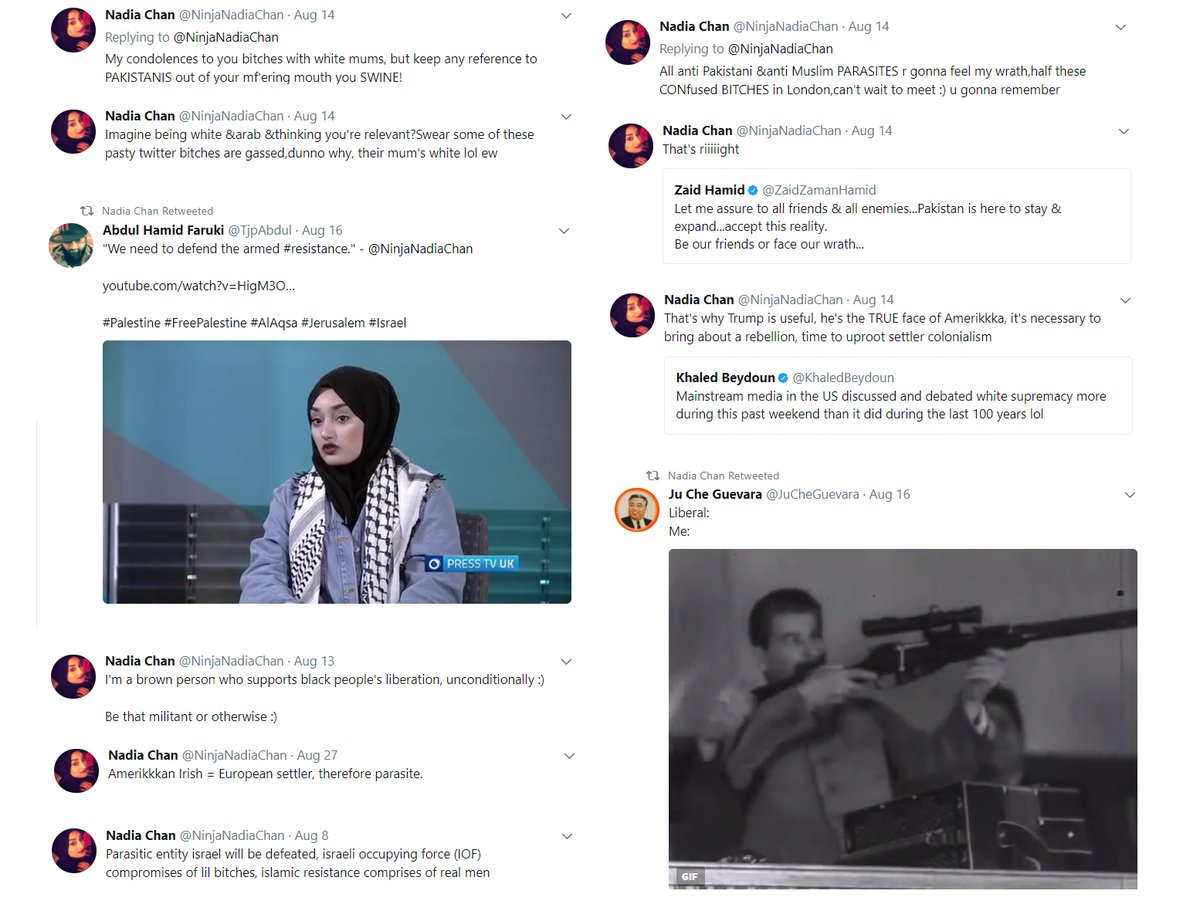 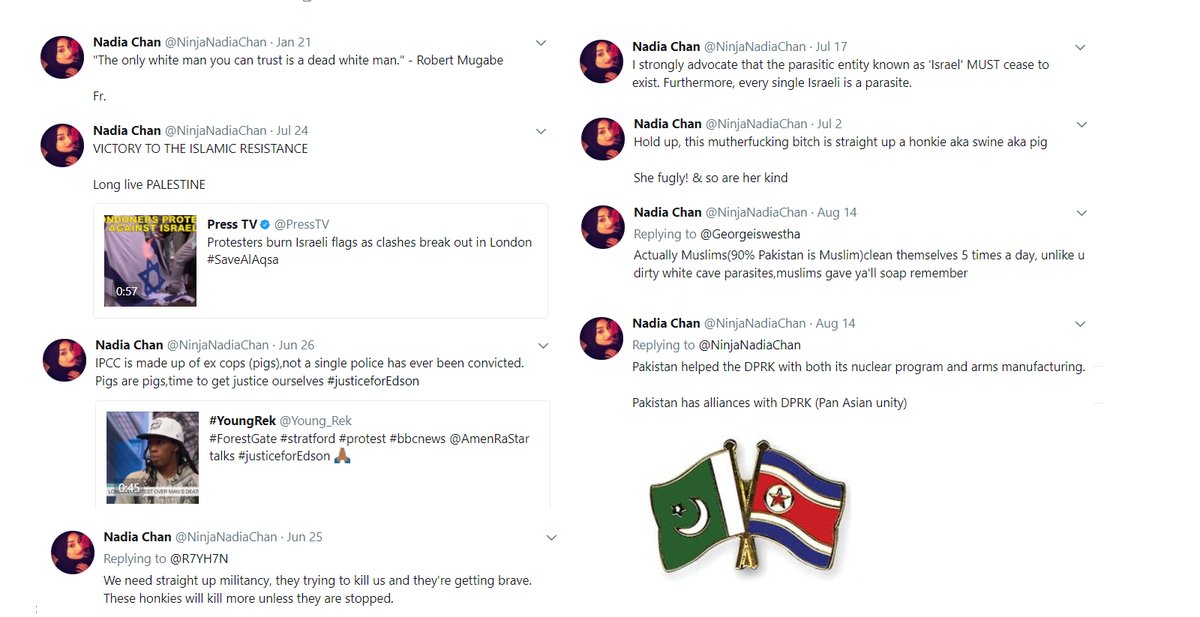 In an anti-Jewish tweet, Chan called for the destruction of the “parasitic entity known as ‘Israel’.” “Furthermore, every single Israel is a parasite,” she added.

She expressed ceaseless hatred against white people, describing them as “parasites” and “cave people” in various tweets.

Nadia Chan also advocated her belief that Europeans were “given” the invention of soap by Muslims. “Actually Muslims (90% Pakistan is Muslim) clean themselves 5 times a day, unlike u dirty white cave parasites, muslims gave y’all soap remember.”

She also expressed disgust towards mixed-race people with partial European descent with comments like  “[your] mum’s white ew lol,” and “My condolences to you bitches whith white mums, but keep any reference to PAKISTANIS out of your mf’ering mouth you SWINE!”

Channel 4 deleted the tweet linking to the 6-minute documentary following complaints from the public, as well as the full report. In the video, Chan told Channel 4 presenter Assed Baig that she didn’t wish to “be represented in British society. I don’t think representation is a liberation.”

1
Here's What Johnny Depp's Lunch Allegedly Looked Like, According To Photos From Amber Heard
Entertainment
2
Supreme Court Rules Half Of Oklahoma Belongs To Native American Reservation And The Decision Has To Do With A Rape Case
US
3
'You Can Take Your Mask Mandate And Shove It Right Up Your Ass': Dan Bongino Vows To Defy Mask Order
Media
4
JONES: I Am Black And I Am A Democrat. But 'I Ain't' Voting For Joe Biden This November
Opinion
5
REPORT: Biden Struggles To Rally Enthusiastic Support From Young Black Voters
Politics