Police have arrested 13 people in connection to violence following this weekend’s protest in Berkeley. In the melee, several people — mainly peaceful, right-wing protesters — became targets of violence from black-clad members of the left-wing extremist movement Antifa.

The Antifa protest was staged as a counter to a “No to Marxism” rally that never happened, but was slated to take place at the Martin Luther King Jr. Civic Center Park. Despite the cancellation of the anti-Marxist rally, over 4,000 people — mainly leftists and Antifa members — showed up to protest.

Many of them chanted slogans like “No Trump, no wall, no USA at all.”

Protesters also set up a separate demonstration on the UC Berkeley campus to “rally against hate.”

Berkeley police told CBS San Francisco that they arrested 13 suspects, between ages 20 to 47, on suspicion of various offenses. Certain individuals were charged with assault with a deadly weapon, felony assault, and violations of the city’s municipal code. Police said that most of the suspects are from Berkeley and Oakland, although one is from Sparks, Nevada.

One officer suffered injuries while conducting an arrest, while others were struck by paint. Six people received injuries serious enough to require medical attention by paramedics, and two had to be hospitalized for further treatment, police reported. 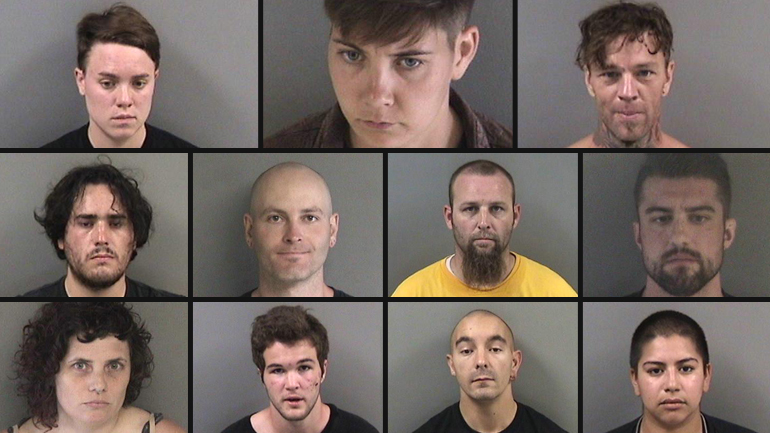