The White House is reportedly expected to announce a rollback of the Deferred Action for Childhood Arrivals (DACA) program that protects roughly 800,000 illegal immigrants from deportation and gives them work permits. Ending DACA was a campaign promise of Trump’s, and many CEOs are outraged this week that he would consider fulfilling it.

“Dreamers are vital to the future of our companies and our economy. With them, we grow and create jobs. They are part of why we will continue to have a global competitive advantage,” an open letter signed by leaders of companies such as Amazon, Apple, Google and Marriot said. “We call on President Trump to preserve the DACA program. We call on Congress to pass the bipartisan DREAM Act or legislation that provides these young people raised in our country the permanent solution they deserve.” 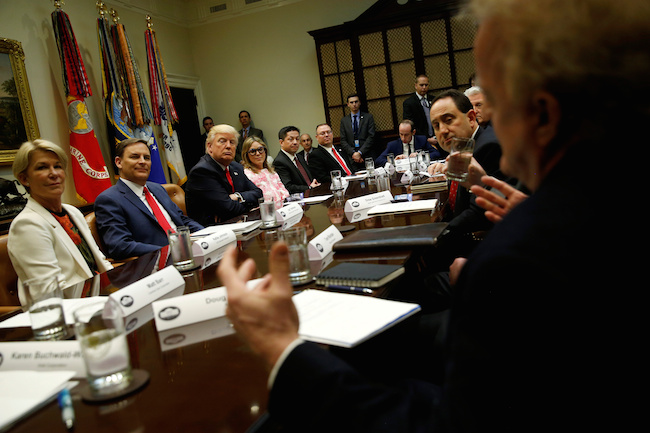 Now Trump will be able to stop giving out amnesty to illegal immigrants and tell his supporters he is defying billionaires who favor cheap labor.

While President Trump himself is a billionaire who used to live in a gold-decorated apartment 58 stories above the New York City streets, he has had an uncomfortable relationship with corporate America as a candidate and now president. Trump, whose recently unveiled tax plan doesn’t call for raising taxes on the wealthy, attacked high CEO pay as a “disgrace” in an interview shortly after announcing his candidacy.

His immigration policies in particular have brought him trouble with the tech industry, which is in favor of lenient policies in order to hire foreign workers. Several major tech executives signed an open letter in July 2016 that said: “We believe in an inclusive country that fosters opportunity, creativity and a level playing field. Donald Trump does not. He campaigns on anger, bigotry, fear of new ideas and new people, and a fundamental belief that America is weak and in decline.” 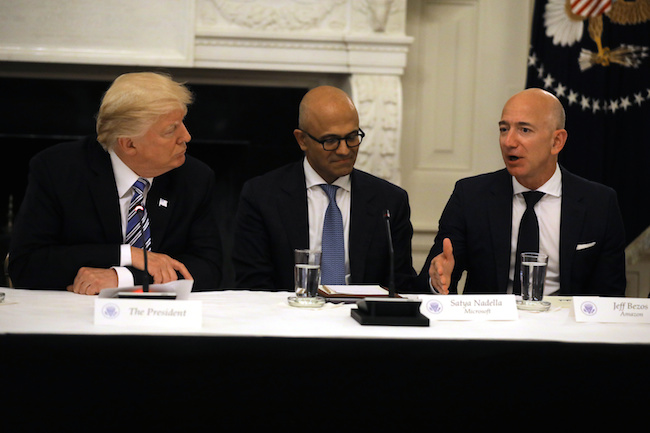 Then when Trump implemented his travel ban to restrict immigration from terrorist hotbeds, tech industry leaders filed a legal briefing in a case opposing the measure.

“The backbone of our engineering team is from overseas; imagine not having access to that talent — it’s a real disservice to American business,” Randy Wootton, CEO of advertising-technology firm Rocket Fuel, said at the time.

Opposition like this from business leaders allows Trump to portray himself as a populist representing a movement of forgotten voters.

“I am here because I want to be among my friends and among the people,” Trump said at a rally shortly after Wootton made his comments. “This was a great movement, a movement like has never been seen before in our country or before anywhere else, this was a truly great movement and I want to be here with you and I will always be with you.”