Americans who are fascinated with the British royal family make absolutely no sense.

Kate Middleton, who is married to Prince William, is pregnant for the third time. Naturally, it didn’t take long before the news was everywhere. 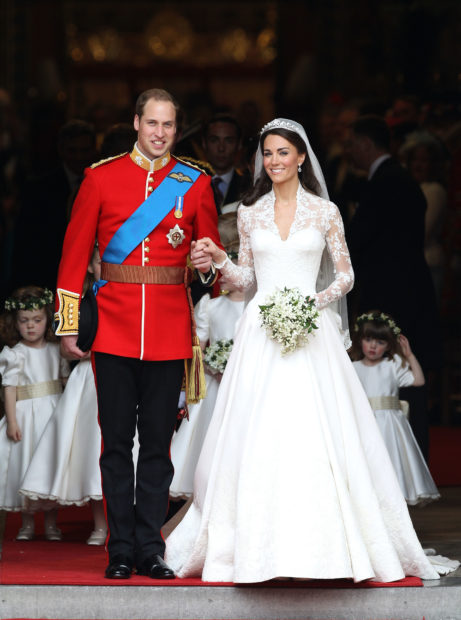 LONDON, ENGLAND – APRIL 29: TRH Prince William, Duke of Cambridge and Catherine, Duchess of Cambridge smile following their marriage at Westminster Abbey on April 29, 2011 in London, England. The marriage of the second in line to the British throne was led by the Archbishop of Canterbury and was attended by 1900 guests, including foreign Royal family members and heads of state. Thousands of well-wishers from around the world have also flocked to London to witness the spectacle and pageantry of the Royal Wedding. (Photo by Chris Jackson/Getty Images)

Here’s my main question, why would anybody in America care at all what other people across the ocean are doing? Have these people never heard about the Revolutionary War? It’s a timeless tale about the greatest military in the world getting its ass handed to them by a bunch of ticked off farmers with bad muskets and pitchforks. I’m pretty confident America stopped officially caring about the British leadership sometime around 1776.

They worship a royal family, and this entire country was founded on the idea we’d never have a royal family. As a freedom-loving American, I simply can’t endorse this nonsense, and we shouldn’t celebrate it.

Congrats on the sex and getting pregnant again. Let me know when they do something that’s actually newsworthy or interesting.