U.S. prosecutors on Wednesday announced indictments in a major money laundering case against four Turkish citizens, including a former economic minister who currently serves in the Turkish parliament and is allied with Turkey’s president, Recep Tayyip Erdogan.

Mehmet Zafer Caglayan, one of the four indictees, is accused of accepting “tens of millions of dollars’ worth of bribes in cash and jewelry” from a scheme to circumvent U.S. sanctions against Iran.

The indictment, handed down by the U.S. Attorneys Office of the Southern District of New York, is part of a case against Reza Zarrab, a Turkish-Iranian financier who is accused of running a money laundering scheme aimed at helping Iran evade U.S. sanctions. 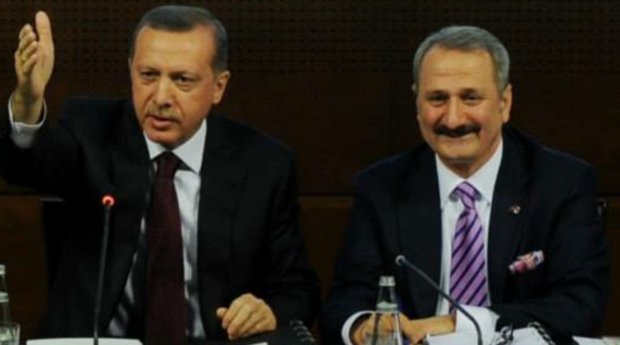 Both Zarrab and Atilla go to trial next month.

Erdogan, Turkey’s president, is intensely interested in the Zarrab case. He has reportedly asked both President Trump and President Obama to drop charges against Zarrab and to allow him to return to Turkey. Erdogan has also suggested in public speeches in Turkey that he is holding American citizens as prisoners as leverage in the Zarrab case.

Turkish analysts have said that Erdogan wants to block the case from going to trial because details of Zarrab’s money laundering scheme could be embarrassing for the Turkish president and his family. Prosecutors reportedly have wiretapped phone conversations implicating Erdogan family members in the scheme.

Zarrab’s conspiracy involved an elaborate gold-for-oil trade aimed at skirting sanctions that the U.S. placed against Iran in 2012. Prosecutors allege that Zarrab sent Turkish gold to Iran in exchange for oil while deceiving foreign banks and U.S. regulators.

Caglayan, who served as minster of economic affairs until 2013 under Erdogan, “directed other members of the scheme to engage in certain types of deceptive transactions,” and also approved actions taken by other people involved in the scheme, prosecutors allege.

According to the indictment, Zarrab arranged a meeting in May 2013 between Caglayan and Iranian banking and oil officials to discuss the money laundering operation.

Caglayan resigned as minister of economic affairs in Dec. 2013 after he was implicated in another major corruption scandal. He has since been elected to Turkey’s parliament as a member of the Erdogan-led Justice and Development Party (AKP).