He can put on a baseball cap and layer himself with duffle bags.

But the spice is just too hot right now.

And there’s no sign that things will cool down anytime soon.

Washington’s paparazzo Mark Wilkins was ready and waiting for Spicer Monday night at 10 p.m. at Washington’s Union Station. Spicey was returning home from Manhattan where he spoke at the investment bank Rodman & Renshaw, a nugget first reported by Politico.

Wilkins had Spicer sign two pics — one of himself, another of Melissa McCarthy, the female comedian who plays his popular SNL character.

He signed his own: “This is me. Sean Spicer.”

As for McCarthy’s, he scrawled: “This is not me. Sean Spicer.”

How did Wilkins know where he’d be and when?

“Come on Betsy,” Wilkins replied. “You know I know these things.” 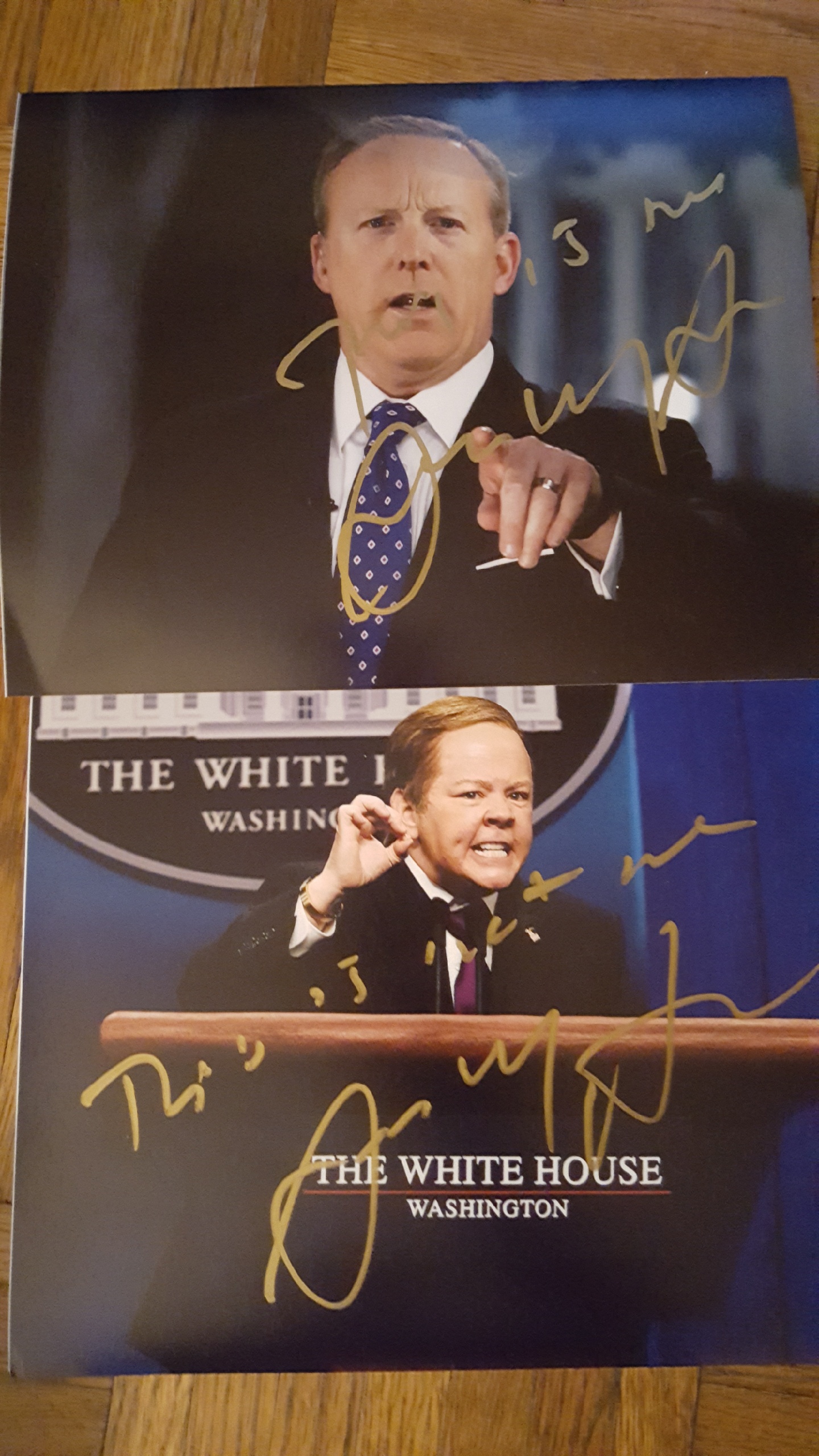 And here is a good natured Spicer posing with the pap and looking strangely like filmmaker Ron Howard. 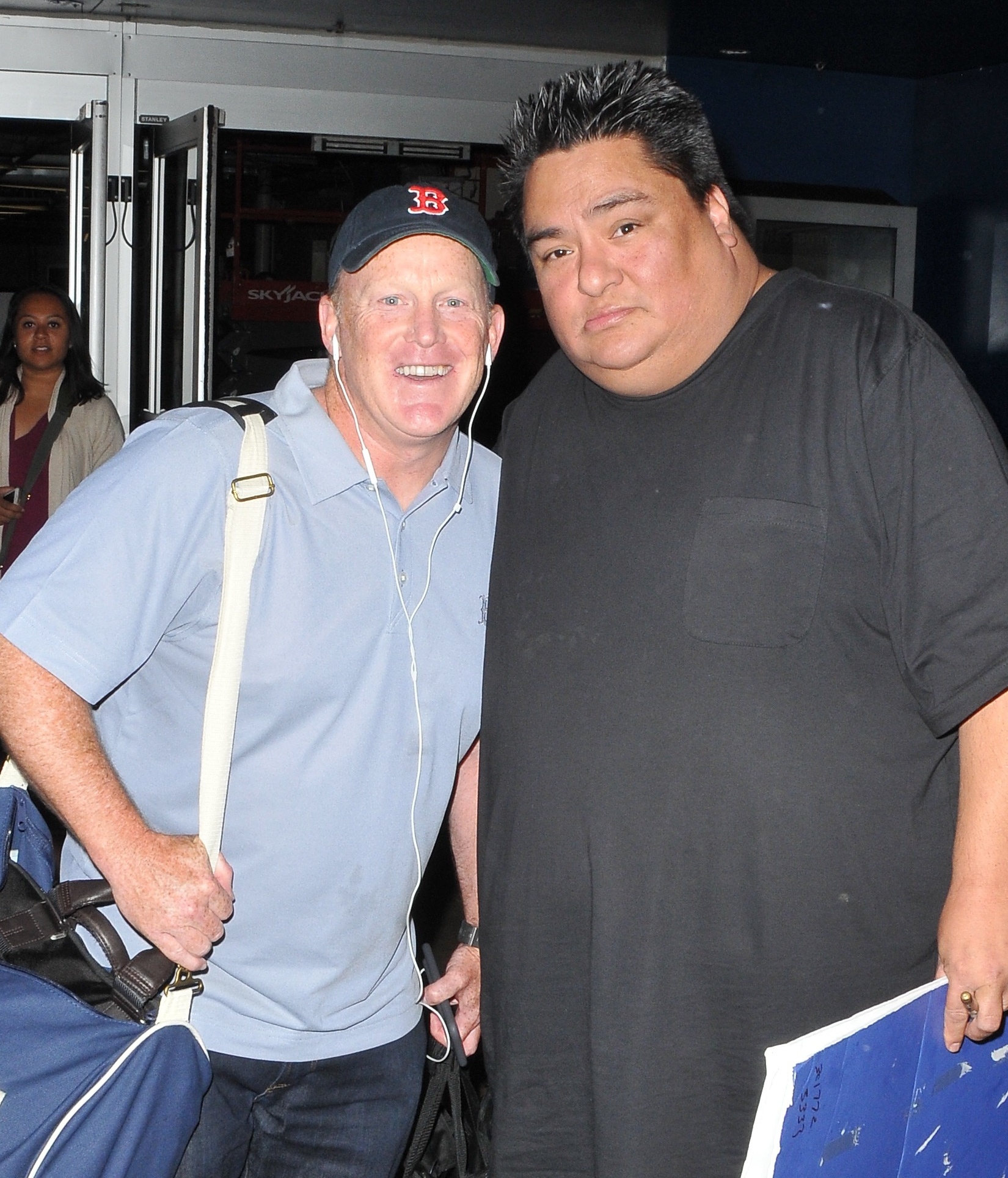