The plot of the film, according to IMDB, is, “A businessman is caught up in a criminal conspiracy during his daily commute home.”

Neeson appears to bring his trademark darkness and violence to the newest role, and that means it’s probably going to be awesome.

Fans should soak this one up because he might not be doing too many more action films going forward. 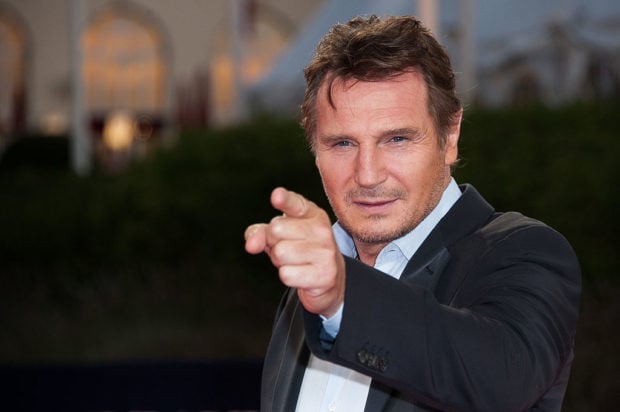 DEAUVILLE, FRANCE – SEPTEMBER 07: Actor Liam Neeson poses on the red carpet before the screening of his movie “Taken 2” during the 38th Deauville American Film Festival on September 7, 2012 in Deauville, France. (Photo by Francois Durand/Getty Images)

“The thrillers, that was all a pure accident. They’re still throwing serious money at me to do that stuff. I’m like, ‘Guy’s I’m sixty-f–king-five.’ Audiences are eventually going to go, ‘Come on,'” Neeson said during a recent interview.

“The Commuter” will be released at some point in January.