The Super Bowl champion spoke with ABC Wednesday morning, and described the incident from his point of view.

“I went from just being a black man to being a football player,” Bennett told ABC about what happened after police Googled his name

Bennett was briefly detained by Las Vegas police officers August 26 after the boxing match between Floyd Mayweather and Conor McGregor.

He claims he was fleeing from gunshots, and police threatened to kill him as they brandished weapons near his head.

However, there have also been reports he didn’t listen to commands from the police to get down on the ground and to stop running. 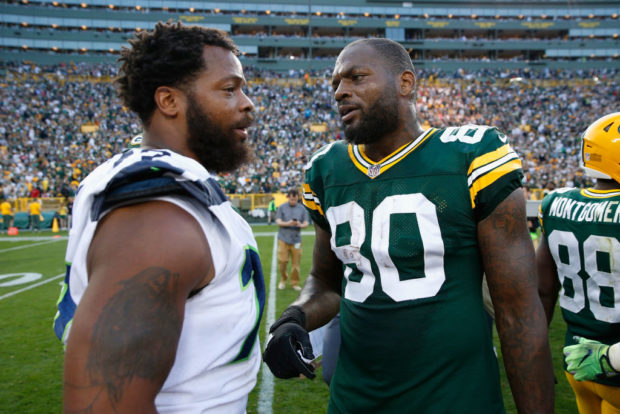 GREEN BAY, WI – SEPTEMBER 10: Michael Bennett #72 of the Seattle Seahawks talks with brother Martellus Bennett #80 of the Green Bay Packers after the Packers defeated the Seahawks 17-9 at Lambeau Field on September 10, 2017 in Green Bay, Wisconsin. (Photo by Joe Robbins/Getty Images)

It’s unclear at this time whether or not Bennett intends to sue the city of Las Vegas.