Martin Shkreli is headed to jail after getting his bail revoked.

“Pharma Bro,” who gained notoriety after he raised the price of an AIDs medication by 4,000 percent, was taken into custody after he posted online that he’d pay somebody $5,000 if they grabbed Hillary Clinton’s hair.

He was out on bail after being convicted of securities fraud. 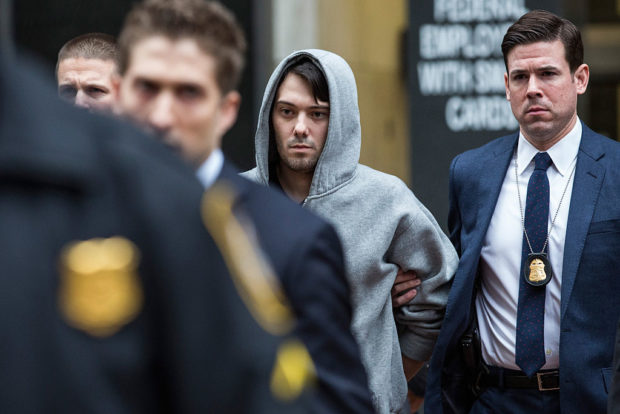 NEW YORK, NY – DECEMBER 17: Martin Shkreli (C), CEO of Turing Pharmaceutical, is brought out of 26 Federal Plaza by law enforcement officials after being arrested for securities fraud on December 17, 2015 in New York City. Shkreli gained notoriety earlier this year for raising the price of Daraprim, a medicine used to treat the parasitic condition of toxoplasmosis, from $13.50 to $750 though the arrest that happened early this morning does not involve that price hike. (Photo by Andrew Burton/Getty Images)

I don’t know Shkreli very well at all. The extent of our interactions can essentially be boiled down to a couple parties around the inauguration. He was a fascinating individual. Clearly very smart, enjoyed his beer and a big NBA fan.

However, he also enjoyed being a villain at times for no other reason than he could just do it. He also seemed incredibly self-aware about what he was doing. This is not a guy just doing stuff in a bubble. No, he knows the exact reaction he’s trying to drum up. 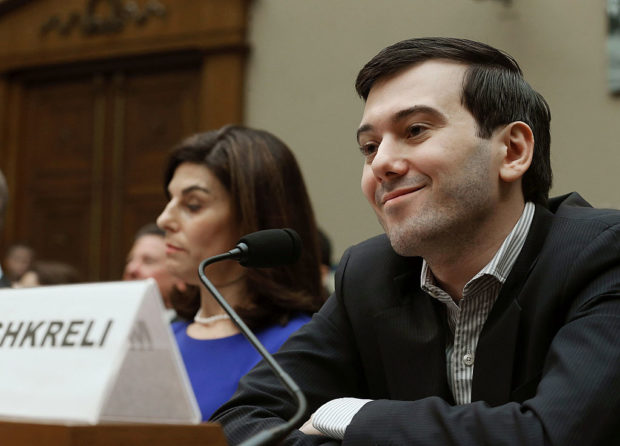 Having said all that, I don’t think he’s a bad guy. I think he’s playing a bad guy character for the most part and he enjoys it.

On one hand, I really don’t want Shkreli in prison for anything. He’s a content machine, and as a content guy, I need him out among the people.

However, you can’t run around threatening the former First Lady and Democrat presidential nominee and expect nothing to happen. I doubt he meant any actual harm, but that’s not the point.

Part of me thinks his recent actions deserve a little bit of a timeout behind bars, but then there is something just whispering in my ear that we need our internet villains operating around the clock. He’s obviously not going to be producing grade-A content from behind bars.

Now we must all wait on the edge of our seats until we find out what his fate will be.