The rogue regime launched three missiles into the East Sea/Sea of Japan a few days before it provocatively fired an intermediate-range ballistic missile over Japan late last month. While there were some initial intelligence gaps in the immediate aftermath that led to conflicting reports, the U.S. now believes that North Korea tested a new version of one of its oldest missiles.

U.S. Pacific Command said in its preliminary assessment that all three of the missiles failed, but it later adjusted the report, asserting that only one of the projectiles failed, exploding shortly after launch. The missiles were a new type of short-range ballistic missile, a Scud-B variant designated as the KN-21, The Diplomat reports, citing U.S. government sources.

The Scud-B, also known as the Hwasong-5, is believed to be North Korea’s first ballistic missile. The weapon was added to the regime’s arsenal in the 1970s.

North Korea tested an improved Scud-C known in the U.S. as the KN-18 in May. Like its predecessor, the KN-21 is believed to have fins for terminal maneuverability. 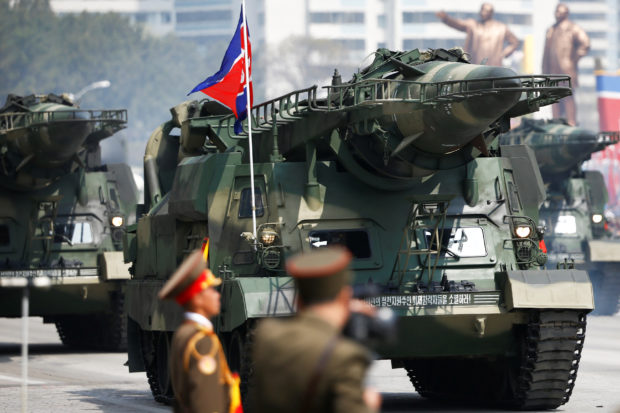 Missiles are driven past the stand with North Korean leader Kim Jong Un and other high ranking officials during a military parade marking the 105th birth anniversary of the country’s founding father, Kim Il Sung in Pyongyang, April 15, 2017. REUTERS/Damir Sagolj

The KN-18 first appeared in a military parade in April, and then North Korea successfully fired the weapon one month later. Early reports suspected that the missile might be an anti-ship ballistic missile, but those turned out to be inaccurate as more information became available. 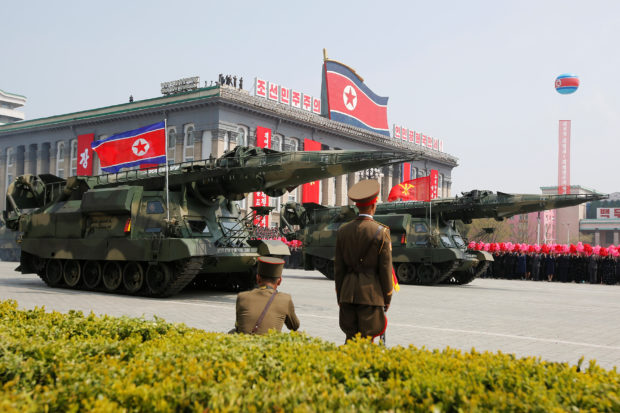 A lot of attention has been given to North Korea’s longer-range missiles, such as the Hwasong-14 intercontinental ballistic missile that can strike parts, if not most, of the continental U.S. and potentially carry the possible thermonuclear bomb tested earlier this month, but North Korea has also been turning its older missiles into modern killing machines.

Terminal maneuverability allows the rocket to skirt enemy missile defenses, such as the interceptor systems deployed in South Korea, and conduct precision strikes. After the test in May, North Korea claimed the KN-18 landed within 23 feet of its target, although the North has been known to make exaggerated claims in the past.

In a renewed conflict in Korea, the North could use its short-range ballistic missiles to target military positions in the South with nuclear and conventional warheads.