Isaacson is one of the creators of Smash Racism D.C., an antifa organization in Washington. He’s also a professor at the John Jay College of Criminal Justice.

“His father was a giraffe,” one of my coworkers remarked. “I’ve never seen the neck that long on a human being.”

Another observer cracked, “Fink from Prince’s band in Purple Rain called. He wants his hair back.”

The coworker chimed back in, “Three other people called and they all want their section of his neck back.”

At the end of the segment, an exasperated Carlson accidentally called him “congressman.”

And then started laughing hysterically.

“Ahhh congressman!” he said, repeating himself and laughing at the preposterous idea that this guy could be a member of Congress.

“Professor, thanks for coming on!” Carlson exclaimed.

Most importantly, here is his hairdo: 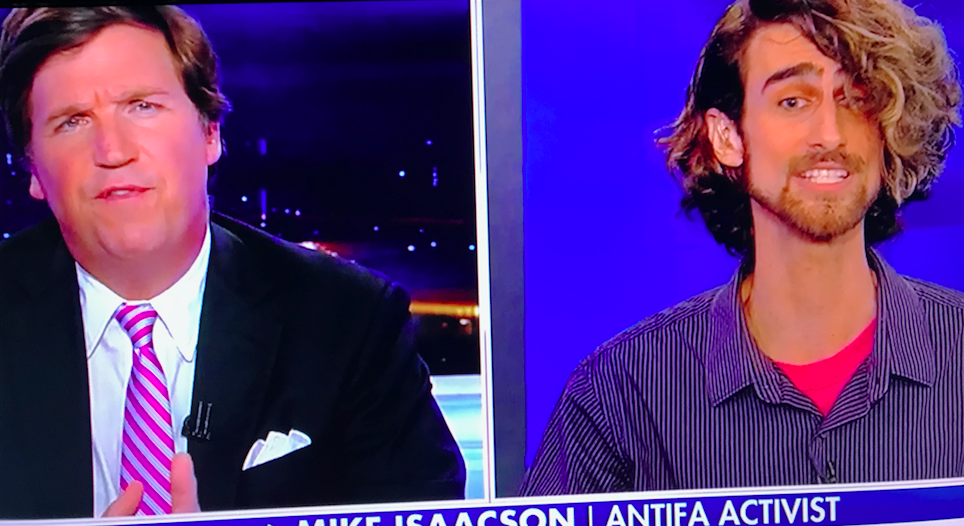