Tomorrow is another Saturday full of football, and the best game of the week will be Clemson against Louisville.

Louisville is led by reigning Heisman winner Lamar Jackson, who has scored eight touchdowns through the first two games of the season. Jackson and the fourteenth ranked Cardinals have one of the most electric offenses in all college football, and the dual-threat quarterback is capable of picking up massive chunks of yardage on any play he touches the ball. 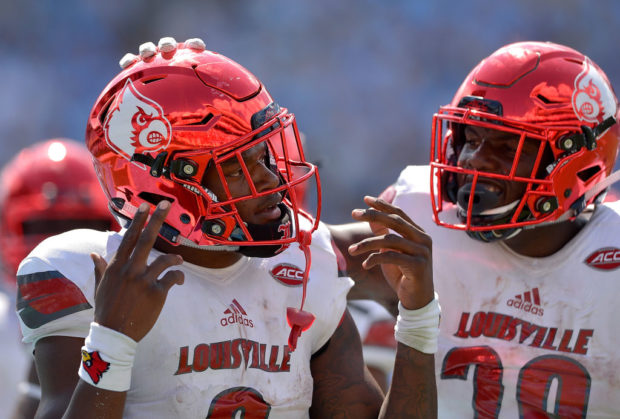 Clemson has one of the best coaches in all of America in Dabo Swinney, and their junior quarterback Kelly Bryant has been very impressive through two games. I’m always hesitant to bet against Swinney, especially when he has even a competent quarterback, let alone one who is incredibly talented. 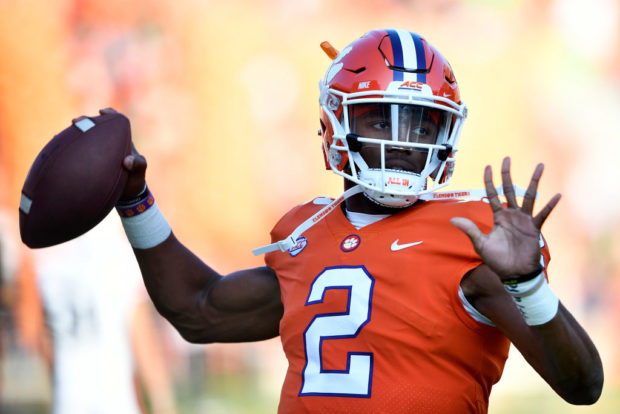 CLEMSON, SC – SEPTEMBER 09: Quarterback Kelly Bryant #2 of the Clemson Tigers warms up prior to the Tigers’ game against the Auburn Tigers at Memorial Stadium on September 9, 2017 in Clemson, South Carolina. (Photo by Mike Comer/Getty Images)

The game kicks off at 8 p.m. Saturday night on ABC.