A coalition of creative professionals who style themselves “cake artists” filed an amicus brief at the Supreme Court Tuesday in a case concerning the rights of merchants who decline to produce items for same sex weddings given moral or theological objections.

The brief contains almost 40 images of various cakes, to demonstrate that cakes are a unique form of artistic expression deserving First Amendment protection. The petitioner in the case, Jack Phillips, argues his custom cakes are a form of protected expression, and therefore the state cannot coerce him into creating a cake that conveys a message with which he disagrees. Perhaps appropriately, the cake artists’ brief was filed by Baker Botts LLP.

The coalition takes no position with respect to the outcome of the case, but wished to emphasize the Court should take seriously the argument that cake is expression. The brief reads:

Amici take no position as to which party should prevail in this specific case. Their interest lies in making a single point — that their work, like that of petitioner Jack Phillips, requires artistic exertion within an expressive endeavor to generate works of art. Many of the amici listed below would gladly have prepared the cake that respondents requested — but they would have done so by accepting a commission to create a work of edible art. Amici wish to illustrate — literally, through the images of their own work in this brief — that cake design and preparation is an art.

Cake, according to the brief, is one of the highest forms of creative expression to the extent it implicates multiple senses. Where a painting, and other traditional forms of art, relies almost exclusively on sight, a cake communicates expression by sight, taste, smell, and touch. 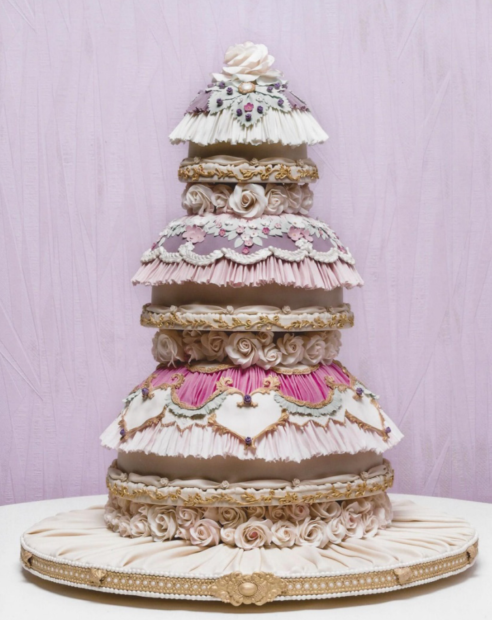 They also emphasize that custom cakes have meaning and aesthetic value apart from any commemorative or celebratory use. The brief cites the example of a cake designed by Jennifer Jones of ‘Icing On The Top’ in Tulsa, Okla., called “Repetto,” which was inspired by the Parisian ballet.

In other instances, a cake may be a medium of communication. Lexi Ginsburg Mota of ‘The Cakerie’ in Birmingham, Ala., was commissioned to create a cake which included an apology note. The cake, which appears in the shape of a can of paint and a box of Crayola crayons, features an apology note which reads “I’m sorry for being a grumpy psycho.” Mota says the cake was a gift from a repentant boyfriend to his girlfriend, who is an elementary school teacher. 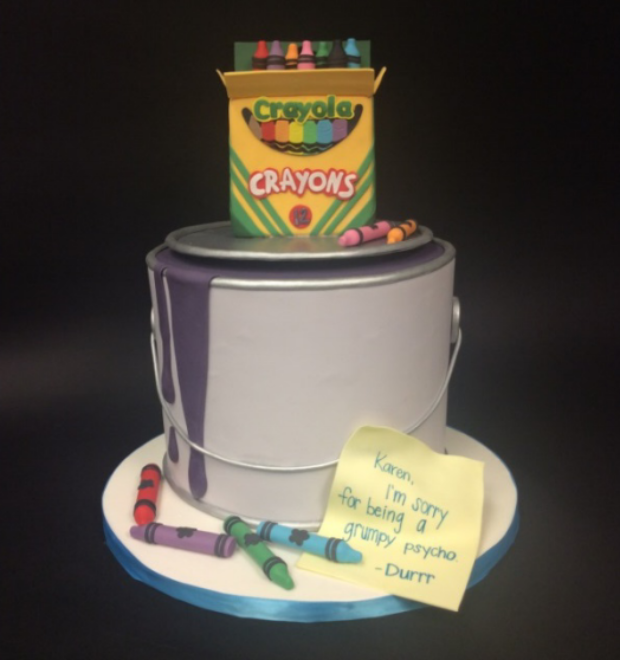 The Trump administration filed a brief in support of Phillips in early September. Like the artists’ brief, the Department of Justice argues cake is protected First Amendment expression.

“A custom wedding cake is a form of expression, whether pure speech or the product of expressive conduct,” the government argues. “It is an artistic creation that is both subjectively intended and objectively perceived as a celebratory symbol of a marriage.”

“Forcing Phillips to create expression for and participate in a ceremony that violates his sincerely held religious beliefs invades his First Amendment rights,” it adds.

The case, Masterpiece Cakeshop v. Colorado Civil Rights Commission arose after Phillips, an evangelical Christian, declined to create a custom wedding cake for a gay couple in 2012, though he offered to sell them a generic cake or other baked good. The Colorado Civil Rights Commission concluded Phillips violated the state public accommodations law, and levied a variety of punishments against him. Phillips argues the state law violates the constitutional guarantees of free speech and free exercise of religion.

The Supreme Court agreed to hear the case in June. It has not yet been scheduled for oral argument.