The U.S. is boosting its missile defenses, but whether or not they would hold up against a North Korean strike is debatable.

The U.S. is considering shooting down North Korean ballistic missiles even if they are not a direct threat to the U.S. and its allies, a U.S. official familiar with operations planning told CNN Tuesday. 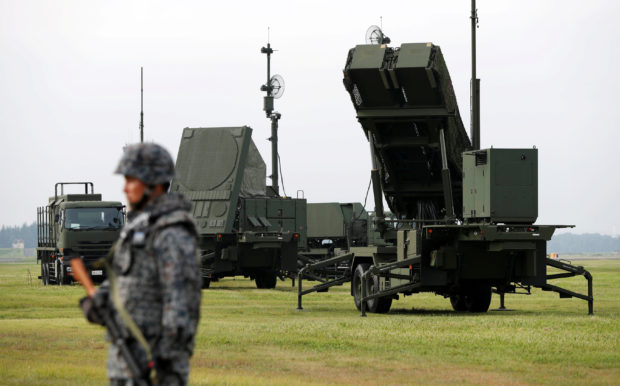 A Japan Self-Defense Forces (JSDF) soldier takes part in a drill to mobilise their Patriot Advanced Capability-3 (PAC-3) missile unit in response to a recent missile launch by North Korea, at U.S. Air Force Yokota Air Base in Fussa on the outskirts of Tokyo, Japan August 29, 2017. REUTERS/Issei Kato

“I would hope that we shoot it down as a message to the North Koreans and to other people, like in Japan, who are counting on us,” California Rep. Dana Rohrabacher said during a House Foreign Affairs Committee hearing. “Unless we demonstrate we’re willing to use force, there’s no reason for them to believe we will.” 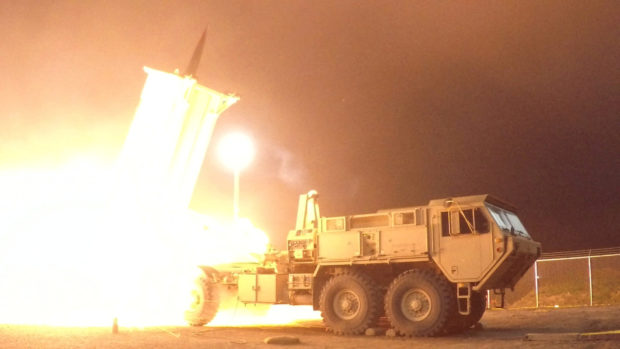 The U.S. and its allies have several different missile defense systems in place to counter the North Korean ballistic missile threat. These defense systems include the Patriot, Aegis, Terminal High Altitude Area Defense, and ground-based midcourse defense systems. The first three are regional defense units, while the last defends the U.S. from long-range missiles.

Intercepting a North Korean missile is almost impossible in boost phase. To even have a chance, Aegis-enabled ships would need to be stationed off the coast of North Korea. 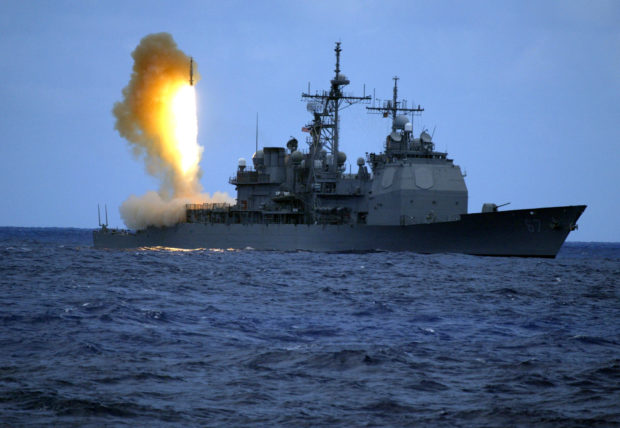 For the shots over Japan, neither the PAC-3 systems in country nor the Aegis destroyers armed with SM-3 interceptors nearby would have likely been able to eliminate the North Korean missiles, because the missiles were too high when they passed overhead.

The only option is a midcourse or terminal intercept. Assuming an Aegis ship was operating in waters east of Japan in just the right location, there is a possibility it could intercept a missile. THAAD, which is stationed in Guam and South Korea, could potentially take out a North Korean missile in terminal phase, but there are a lot of variables.

Many of these systems have never been tested in combat, and the GMD system that defend the U.S. mainland have a spotty overall performance record. 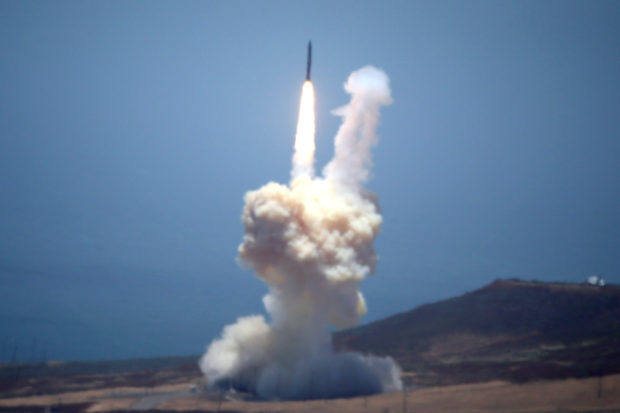 Missile defense in general is a challenge with no guarantee of success.

“People think missile defenses are a magic wand. They aren’t,” Jeffrey Lewis, the director of the East Asia Nonproliferation Program in the James Martin Center for Nonproliferation Studies at the Middlebury Institute of International Studies, told The Daily Caller News Foundation.

“Let us say that there is someone on the other side of a large room shooting at you and you are shooting back,” Melissa Hanham, a senior research associate in the East Asia Nonproliferation Program in the James Martin Center for Nonproliferation Studies, explained to TheDCNF. “Maybe you could ricochet one of the bullets if you are an excellent marksman, but you are still going to get hit with other bullets.”