WASHINGTON — The latest “doodle-like sketch” design for a massive tapestry in the proposed Eisenhower Memorial is one step closer to becoming a reality.

The main design change to the President Dwight D. Eisenhower memorial, which has been in development for a decade, involves the giant steel tapestry that will hang above the memorial park in front of the Department of Education’s headquarters near the National Mall.

The U.S. Commission of Fine Arts hung a small sample of the massive tapestry that will be the focal point of the four-acre memorial park Wednesday, providing a preview of the final product. The two small panels hung from a crane approximately where the final tapestry will sit.

The tapestry, described as “doodle-like,” would immortalize the loose sketch style of Frank Gehry, the lead architect for the memorial.

The tapestry will be 440 feet wide and more than 80 feet tall, rising nearly to the top of the Lyndon Baines Johnson building which houses the Education Department. The original designs depicted a landscape around Eisenhower’s childhood home of Abilene, Kan. The design was changed to show the beaches of Normandy, France in 2015.

After a good deal of criticism, the Eisenhower Memorial Commission scrapped those realistic scenes for an abstract interpretation of the cliffs at Pointe du Hoc, Normandy.

The Fine Arts Commission unanimously approved the new design Wednesday after receiving a letter of support from Susan Eisenhower representing the Eisenhower family, a video from Secretary of Education Betsy DeVos in support, and spoken testimony from Eisenhower Memorial Commission member Alfred Geduldig.

“There was no public testimony given against the design,” Thomas Luebke, secretary of the Commission of Fine Arts, told The Daily Caller News Foundation.

The design is “really a bunch of abstract squiggles resembling nothing so much as Frank Gehry’s famous doodles,” Bruce Cole, a member of the Eisenhower Memorial Commission appointed by former President Barack Obama and longtime opponent of Gehry’s design, said of the mockup.

The tapestry is made from stainless steel chords affixed to wire mesh, which up close “looks like a tangled rat’s nest,” National Civic Arts Society (NCAS) President Justin Shubow said. Parts of the steel chords in the mock up are already showing discoloration, which indicates that it is susceptible to rust, he said. 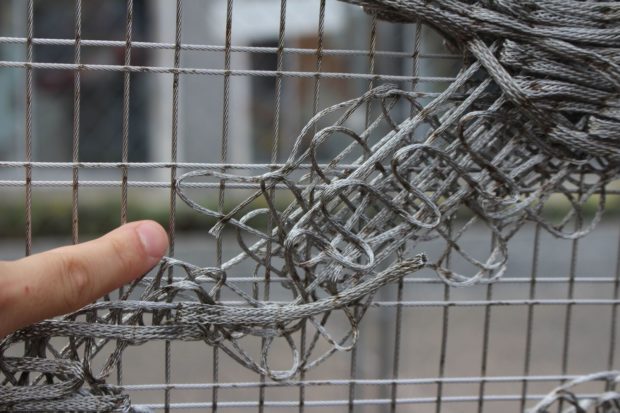 The memorial will be less a tribute to America’s 34th president than to the opaque, bureaucratic and broken process in which monuments are created, according to Cole. “For the last decade, the Eisenhower commission has steamrolled the process through an often unwilling and hesitant Congress, and has ignored rational, public opposition to the design,” Cole said.

The tapestry may be the largest feature of the memorial — it will be larger than the Hollywood sign in Los Angeles, Shubow said — but it is not the only part of the memorial which draws criticism.

Six massive columns, each ten feet wide, will sit between the park and the federal office building. Several sculptures, one of a Ike as a child, and others of General Eisenhower addressing soldiers, and President Eisenhower surrounded by advisors, will dot the park. 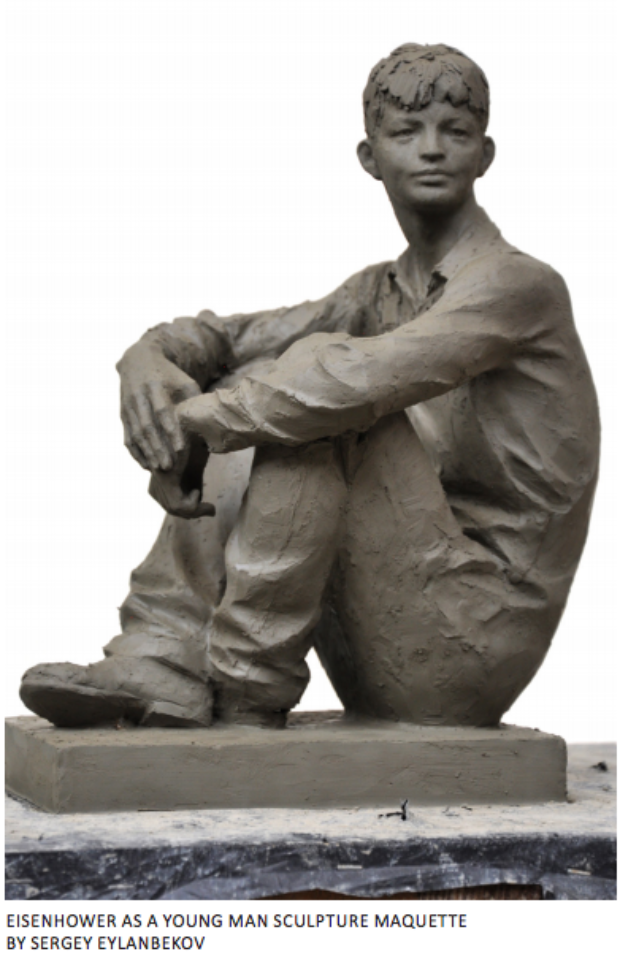 The main problem with the memorial is that it doesn’t represent Eisenhower in a recognizable way.

“It’s unclear what is going to be the legacy of Dwight D. Eisenhower to the average tourist who wanders up the street into this monument,” Marion Smith, chairman of the NCAS, said.

The Eisenhower memorial finally received $45 million funding in May, after years of being blocked in the appropriations process, but that’s far from the $150 million total estimated cost of the memorial.

Fifty-eight retired generals and admirals sent a letter to Congress last fall opposing the design, and some members Eisenhower family petitioned the memorial commission in 2012 to delay the project to “significantly changing the concept, scale, and scope of the memorial.” The family changed its position on the tapestry design earlier this year, Shubow said.

The new design still needs approval from the National Capital Planning Commission, which will consider the proposal at its Oct. 5 meeting before the project can go forward. NCAS hopes that Secretary of the Interior Ryan Zinke will nix the project when it comes to him for final approval. President Donald Trump, who has had a public feud with Gehry over tower size, could also advocate for or against the planned memorial at that point, and the current design would be “dead,” Shubow said.

The Eisenhower Memorial Commission had hoped to have part of the memorial completed by the 75th anniversary of D-Day, and many have felt the pressure to complete the memorial in time for the soldiers who served under Eisenhower during World War II to appreciate it.

“From our perspective, it’s better to get it right than to rush it,” Shubow said. “What veterans want is an appropriate memorial to a great general and president, not this mockery of a national memorial that so happens to be built within a certain time frame.”