I’ve never been able to watch Lawrence O’Donnell for more than a couple of minutes at a time, because he always looks like he’s about to burst into a rage. He covers his simmering fury with a snide, faux-calm monotone purr, but I’ve always assumed that when the little red light on top of the TV camera goes off, so does he. His poor staffers…

We draw that conclusion based on the… clip obtained by Mediaite, showing behind the scenes footage of a furious O’Donnell absolutely going bananas in what appear to be breaks in his show.

You can watch the video at the link — WARNING: Larry has a favorite word — but here’s a sneak peek: 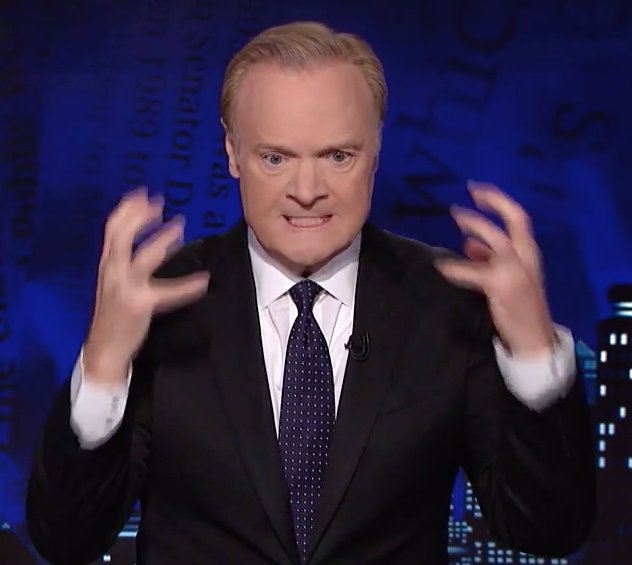 The clip is about 8 minutes of him doing stuff like that. He really can’t deal with all the idiots surrounding him, and he lets them know about it.

Note to rageball TV hosts: When the camera is on, you’re just one disgruntled staffer away from going viral. Just ask Bill O’Reilly.

I’m sure Larry is taking this in stride, though. He’s not tearing through the hallways of MSNBC trying to find the leaker. Why would he? These things happen.

And I assume he’s being a good sport about the ensuing mockery:

Well, I mashed up Lawrence O’Donnell and Bill O’Reilly because it just had to be done https://t.co/9LLxb1sOIy pic.twitter.com/eSpox7gbhI

No big deal for an easygoing fellow like Lawrence.

Since this tape leaked, he’s apologized. I’m not sure his carefully measured tone here is much more convincing than when he speaks it aloud:

A better anchorman and a better person would’ve had a better reaction to technical difficulties. I’m sorry.

Don’t be, Larry. I really needed the laugh.

Incidentally, I don’t like the name Lawrence. From now on, you’re Anchorman Pyle.