Rock and roll legend Joe Walsh gathered some of music’s biggest stars for his inaugural VetsAid concert to benefit veterans and their families on Wednesday night in Fairfax, Virginia, and it was a huge success. 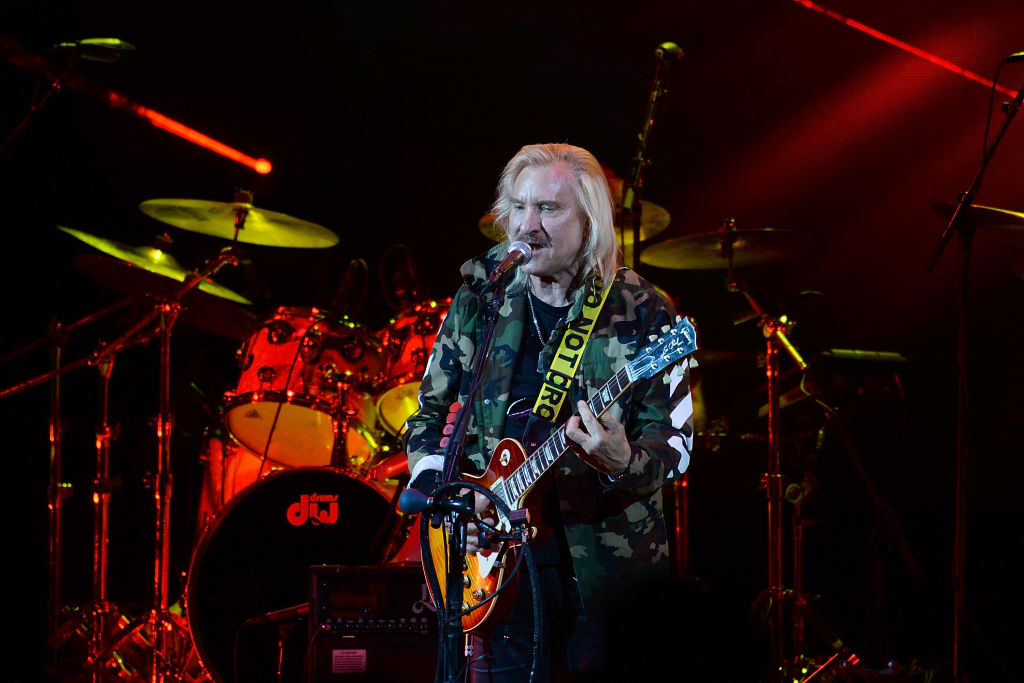 The Eagles guitarist and solo artist shared the stage with Keith Urban, the Zach Brown Band and Gary Clark Jr. at George Mason’s Eagle Bank Arena in front of a packed crowd loaded with veterans, their families and many others.

Walsh, whose father died in active duty, has been active with veterans and their families his whole life. Last year the Rock And Roll Hall of Fame inductee started a non-profit called VetsAid, to do for veterans what Willie Nelson’s FarmAid does for farmers. 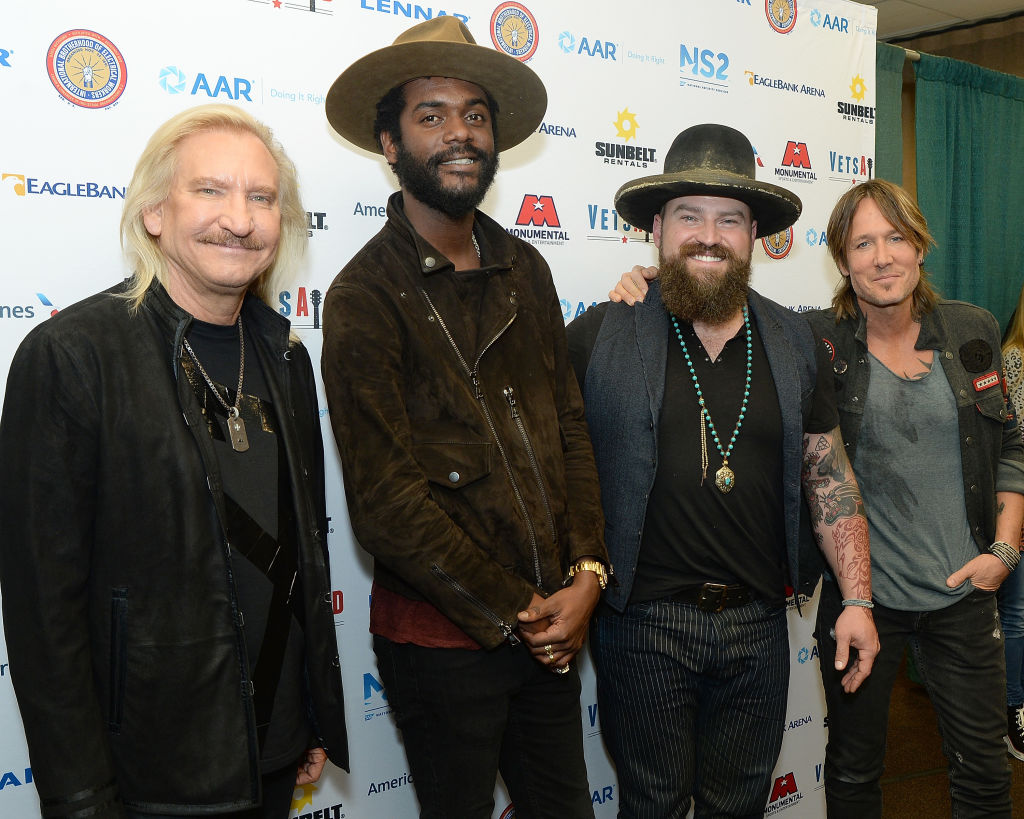 “I’m a Gold Star kid and I’ve always grown up wondering what my dad would’ve been like,” Walsh said before Wednesday night’s show began. “It’s easy to feel alone and unique and individual and sad, but to all vets I think they should know that there are people who care deeply for their situation, for example the musicians here tonight.”

Each of the artists performed their own sets throughout the evening and videos from the 18 different charities this year’s show is supporting played during the set breaks. 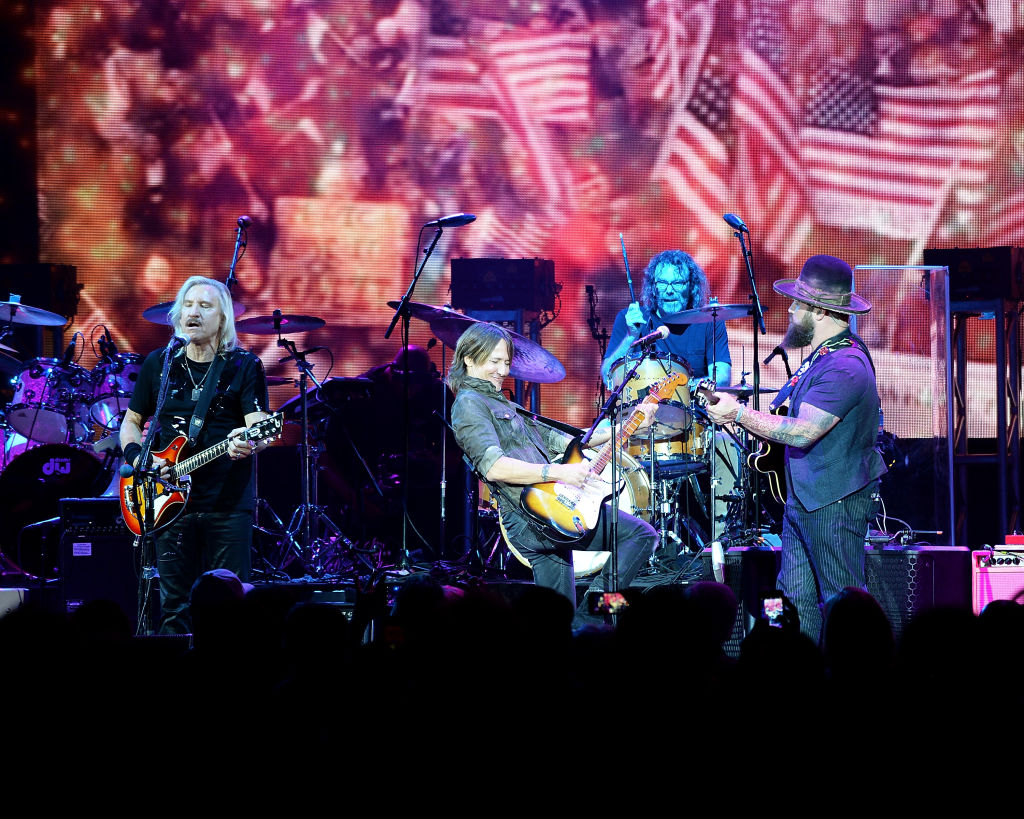 Country star Keith Urban welcomed a Navy SEAL on the stage to thank him and the many veterans in attendance before performing “For You” from the 2012 film “Act of Valor.” Urban explained that he wrote the song from the perspective of the soldier who jumped on a grenade to save his fellow soldiers, knowing he was leaving his wife and kids behind at home.

United States Senator Tammy Duckworth, who is a veteran who lost both her legs in Iraq, took the stage to introduce Walsh to the audience. Sen. Duckworth ran against another man named Joe Walsh in pursuit of her Illinois seat and reached out to “the Joe Walsh” for an endorsement and he jumped at the chance. 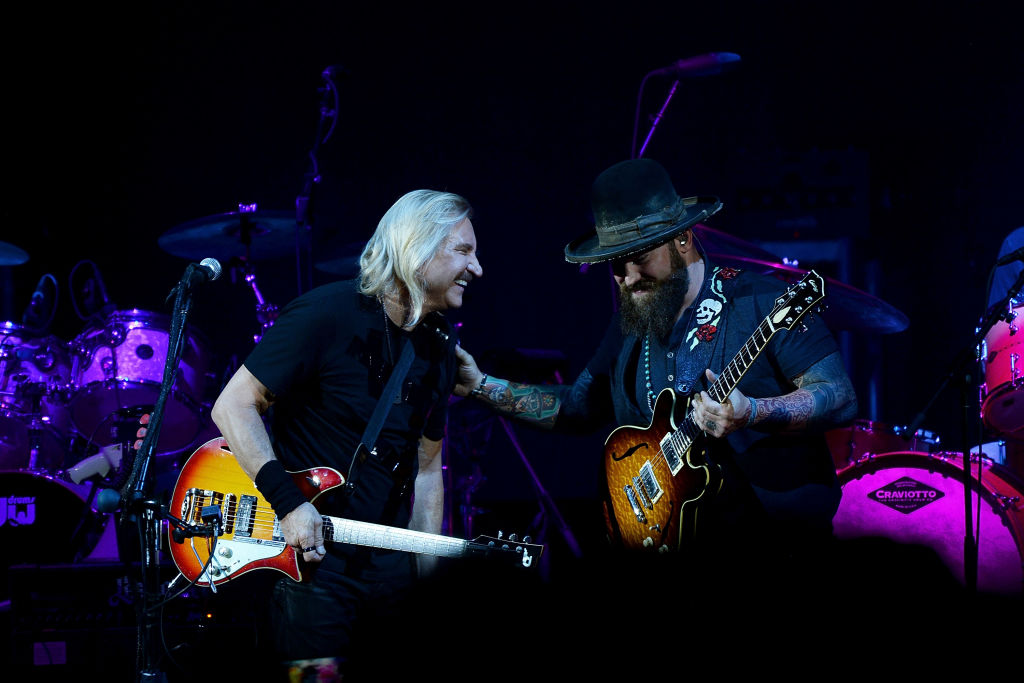 Walsh plans to hold the VetsAid concert annually to raise awareness because “it’s an ongoing war with no end in site and vets keep coming back shattered,” he explained. “A lot of musicians that couldn’t make it this year are already committed next year.”

You can donate to the VetsAid effort on the official website here.