I can’t stand anti-Semitism, which is just one of the many reasons I’m not on board the Alt-Right White Nationalist Pepe Train to Kekistan. I want nothing to do with those idiots. They can take their #RedPill and shove it where the Sonne scheint nicht.

1) First of all, calm down. Re-tweets don't imply endorsement. Yes, very provocative, but thoughtful. Many neocon hawks ARE Jewish. https://t.co/m5oGgKPo2a

2) Just FYI, I am of Jewish decent. I am not in favor of war with Iran, or getting out of the Iran nuclear treaty. There are simply https://t.co/AR3Jsl1yml

3) too many who are so ready to go to war. Haven't we had enough for awhile?
4) Read the entire article and try, just for a moment, to https://t.co/wyd3uJ06nt

put aside your biases and think clearly. https://t.co/dHsVF8ZCH6

This is nothing new, either:

I never heard this story about 9/11: The Dancing Israelis https://t.co/jtATGOMTta

So this hero of the left has always gone full Hitler….. pic.twitter.com/ptCvHNADBk

Nonetheless, I won’t assume Valerie Plame is a Nazi until Antifa says it’s okay to punch her.

If you want to read the article she thinks is so nifty and judge for yourself, here’s an archive.is link. A quick excerpt:

For those American Jews who lack any shred of integrity, the media should be required to label them at the bottom of the television screen whenever they pop up, e.g. Bill Kristol is “Jewish and an outspoken supporter of the state of Israel.” That would be kind-of-like a warning label on a bottle of rat poison – translating roughly as “ingest even the tiniest little dosage of the nonsense spewed by Bill Kristol at your own peril.”

Putting warning labels on Jews. Gee, where’d these guys get that idea? Maybe a nice yellow star would do the trick.

Has anybody called on Naomi Watts to disavow this woman? Just kidding, that’s only fair game (ahem) when Republicans screw up. 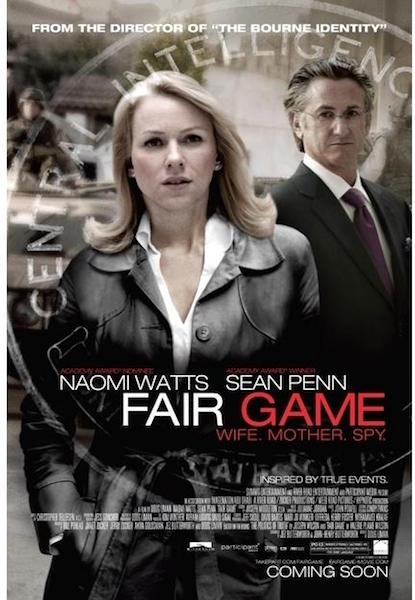 OK folks, look, I messed up. I skimmed this piece, zeroed in on the neocon criticism, and shared it without seeing and considering the rest.

P.P.S. Say, I wonder how this will affect her fundraising effort to buy Twitter and ban Trump?