Kylie Jenner is reportedly pregnant and sources told People magazine Friday that she and her boyfriend rapper Travis Scott are “really excited.

“They started telling friends a few weeks ago,” a source told the outlet about the 20-year-old reality star’s big news. “The family has known for quite some time. She is really excited and so is Travis!” (RELATED: 20 Risque Kylie Jenner Instagram Photos [SLIDESHOW]) 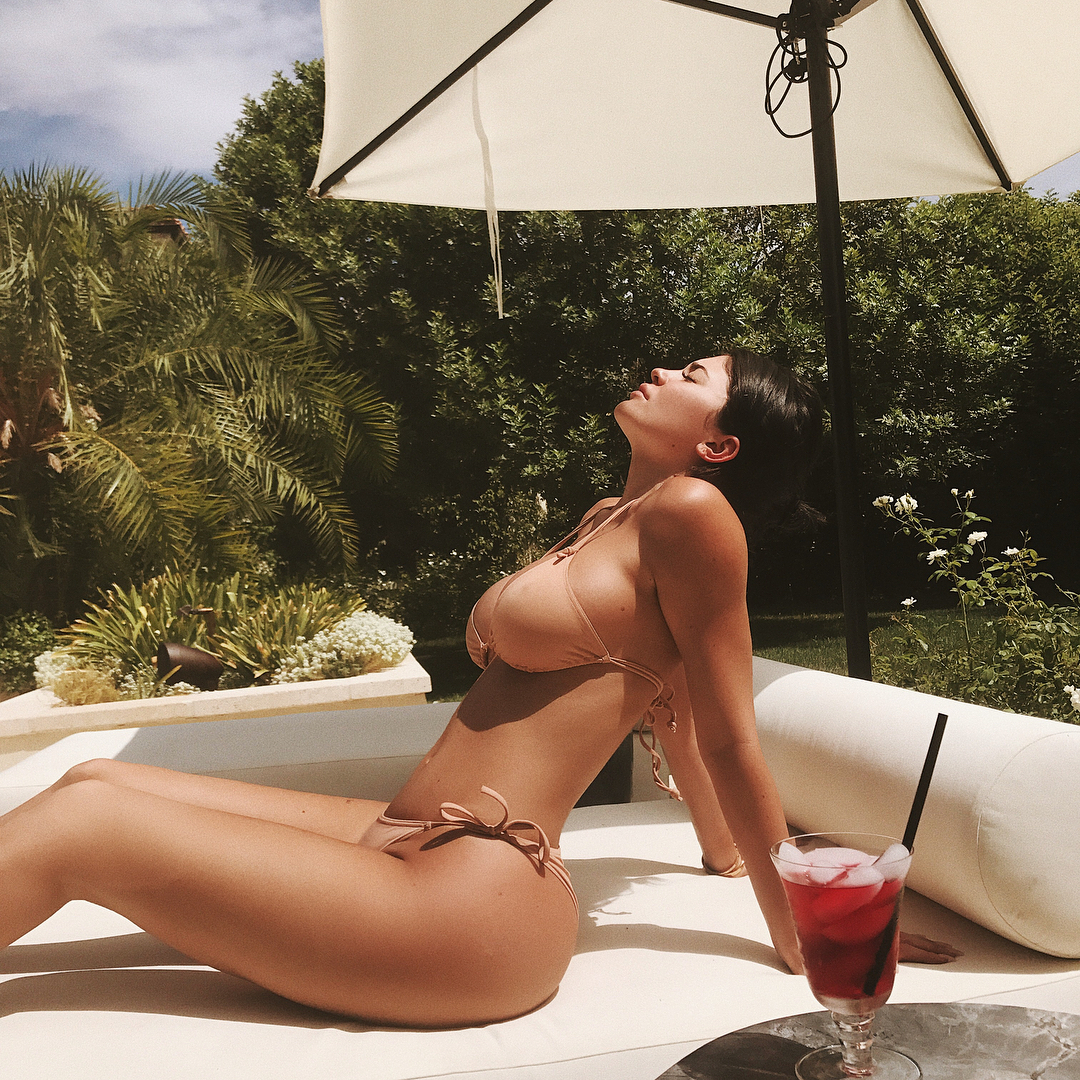 Kylie Jenner basks in the sunlight in a itty bitty bikini. (photo: Instagram)

However, another source said, “it is an unexpected but completely amazing turn of events that she could not be more excited or thrilled about.”

“Everyone is overjoyed for her,” the source added. “This is the happiest she’s ever been.”

The celebrity duo have been dating since April, according to another report, about the time she broke up with Tyga.

A source told the outlet that Jenner is expecting a girl and has been “looking pregnant for about four months.”

There has been no confirmation yet from the family, but a report last month alleged that the relationship had the family’s blessing.

“Kylie and Travis are doing great,” a source said. “There’s no drama with Travis. He’s a cool guy.”

“He treats Kylie with a lot of respect and love,” the source added. “Kylie is very happy.”