An employee compared the leadership at a Veterans Affairs hospital to an organized crime group.

“The Leadership is a gang or mafia type system inside the Marion VAMC,” said an anonymous employee in an internal VA memo examining the corrosive culture at the Marion, Illinois Veterans Affairs Medical Center.

The memo is from May 2017 and came after a site visit to the hospital that was triggered by the VA National Center for Patient Safety (NCPS) receiving a significant number of phone calls and emails from Marion staff regarding the declining culture.

Of the memo, Curt Cahour, press secretary for the Department of Veterans Affairs, said: “The VA National Center for Patient Safety revealed internal and external stakeholder concerns. As a result, VA sent teams to Marion to assess the facility. The teams’ assessment showed significant personnel and morale concerns, lack of accountability along with poor communications structures.”

The same employee described these same managers as bullies whose actions are covered up by other managers while other managers use their positions for personal enrichment.

“Frank Kehus is a bully to employees as reported to you by SusAnna Cook when she was Bullied openly in a meeting with the Quad,” the employee continued. “Same day Mel Gutierrez approached SusAnna’s supervisor Dr. Rotich asking him to speak with SusAnna asking her not to make report of contact on Frank Kehus. Mel also spoke with SusAnna Mel wanted the incident covered up and not be transparent.” 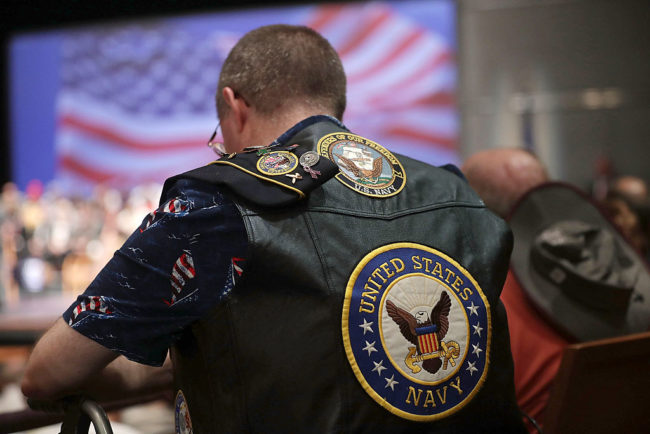 Gutierrez was accused of using his position to get a plum job for his wife: “Mel Gutierrez wife was working in front office and when Mel was going to be acting Director his wife mysteriously became the best candidate to be AO in Surgery Dept. so Mel could be acting Director as he could not supervise his own wife. Mel is known for lack of transparency and having very ‘close relationships’ with females at our facility and a man well versed in cover ups.”

The employee continued: “Mary Beth Sniderwin is a bully empowered by Cheryl Sherrill and supported by Ms. Ginsberg. Mary Beth S. has been openly adding employees under her supervision as she says she needs this to be advanced to the next ES level for o raise as she is a single parent and needs a raise.”

“The issue at Marion Is that it is like a cult, if you ‘belong to the group’ you can do no wrong and are supported by each other, to cover, lie, intimidate, bully, retaliate against anyone that speaks up about anything. It is gang like activity. Many have joined or gone along in order to be safe and to be pan of the ‘group.'”

“It is UNIFIED bullying. Right now, people in management automatically support one another regardless of the actual circumstances that are taking place.”

The report noted that stark problems have been documented for nearly a decade, citing a 2008 VA Office of Inspector General report.

“In 2008, the Inspector General in the Department of Veterans Affairs found that the Marion VAMC continued to be plagued by quality management and patient care problems some two years after a suspicious spike in the number of post-surgical patient deaths there. The report also found that at least nine patients died because of surgical mistakes and poor post-surgical care. That report made recommendations to improve conditions at the facility to include improving quality management oversight, consistency in the way patient deaths are reported and continuing problems with ensuring patient safety.”

Since, the hospital has been a magnet for scandal: long wait times, illegal prescription drug use, performing procedures without proper authorization, and shortfalls in facilities management.

In the report, the employee also alleged that as many as 15 patients may have died from suspicious circumstances since October 2016, because they initially came to the hospital for rehabilitation: “Since October 1, 201 6, fifteen (15) Veterans that were at the Marion after Rehab have died. Staff believes this includes about 4 that convened from Rehab to Hospice, one unexpected death at CLC and the remainder had been discharged from our CLC and then passed. It has been brought to the attention of our acting Chief of EC Dr. Bowman, CLC Quality person Elaine Hoogue, Nursing ACN Matthew Ngati RN, and Maria Hanschen RN Nurse Manager.”

According to a USA Today article, the Marion VA Medical Center is one of four — along with the Memphis VA, Washington, D.C. VA and Manchester, N.H. VA — considered so poorly managed that acting Under Secretary for Health Poonam Alaigh receives weekly briefings on each of them.

Cashour said the VA has taken action since the memo was released: “We are conducting mandatory employee training to address cultural issues, and holding regular staff meetings and town hall meetings to keep communication channels open between employees and management. We have stood up an incident command center to allow Marion staff to bring safety and other concerns of importance to management without fear of reprisal or retribution.”

He also said that the VA is taking steps to remove the managers responsible for the culture: “Last year, a new medical center director was named and a search is underway for a chief of staff among others to round out the leadership team to add stability to a team that saw a constant influx of temporary and interim leaders.”