Ohio State is the most valuable college football program, according to the Wall Street Journal.

It’s not surprising the Buckeyes are at the top of the college football world when it comes to money. They are a massive university, with tons of Big Ten money, very wealthy boosters and massive television contracts.

The shocking part is that Alabama is valued at nearly $600 million less than Ohio State, despite having won four national championships since 2009.

The top ten are:

Sometimes people don’t seem to realize the amount of money behind massive college football programs. It’s unbelievable the resources the top schools in the country have. 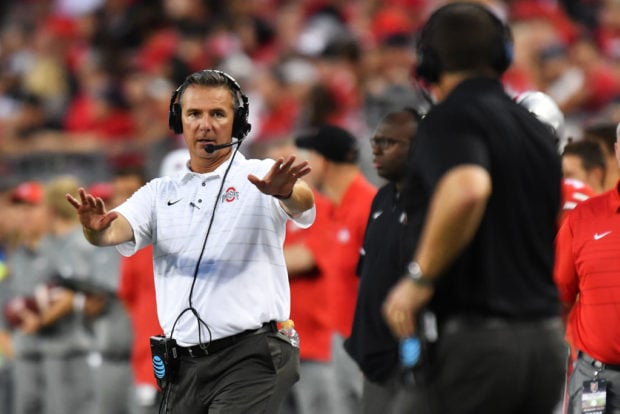 COLUMBUS, OH – SEPTEMBER 16: Head Coach Urban Meyer of the Ohio State Buckeyes gives instructions to his assistant coaches on the sideline during the fourth quarter of a game against the Army Golden Knights at Ohio Stadium on September 16, 2017 in Columbus, Ohio. Ohio State defeated Army 38-7. (Photo by Jamie Sabau/Getty Images)

We’ll have to wait and see if anybody ever catches up to the Buckeyes in Columbus.