NASCAR owners threatened to fire drivers and other team members who might protest the national anthem.

The AP reported in part:

Richard Childress, who was Dale Earnhardt’s longtime team owner, said of protesting, “It’ll get you a ride on a Greyhound bus.” Childress says he told his team that “anybody that works for me should respect the country we live in. So many people gave their lives for it. This is America.”

Hall of Fame driver Richard Petty’s sentiments took it a step further, saying: “Anybody that don’t stand up for the anthem oughta be out of the country. Period. What got ’em where they’re at? The United States.”

When asked if a protester at Richard Petty Motorsports would be fired, he said, “You’re right.”

That’s a much different tone than what the NFL has taken, which is to essentially do nothing but embrace the protests. 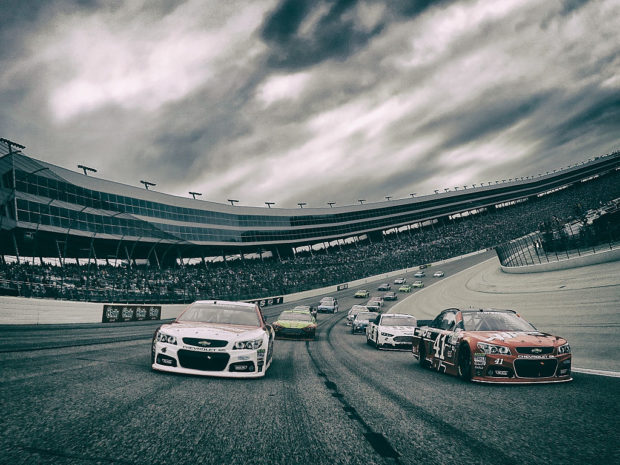 FORT WORTH, TX – APRIL 11: Kurt Busch, driver of the #41 Haas Automation Chevrolet, and Kevin Harvick, driver of the #4 Budweiser/Jimmy John’s Chevrolet, pace the field behind the pacecar prior to the NASCAR Sprint Cup Series Duck Commander 500 at Texas Motor Speedway on April 11, 2015 in Fort Worth, Texas. (Photo by Chris Graythen/Getty Images for Texas Motor Speedway)

It’s a stark contrast between the two organizations when it comes to response, especially after dozens of NFL players protested during their Sunday games.

The only player on the entire Pittsburgh Steelers roster to come out for the national anthem was former Army Ranger Alejandro Villanueva.

The AP also reported there hasn’t appeared to be any protests during NASCAR events thus far.